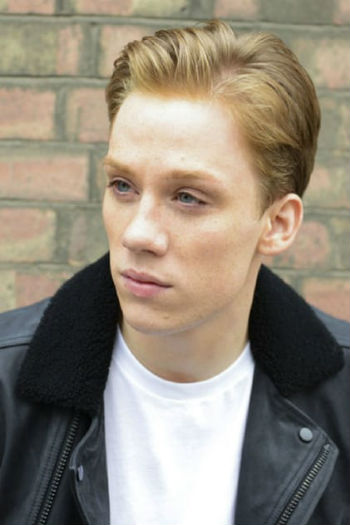 Joe Cole is a British actor known for playing John Shelby in "Peaky Blinders", Charlie in "Pure", Billy Moore in "A Prayer Before Dawn", Frank in "Black Mirror", Luke in "skins" among other roles.

Joseph Michael Cole was born on 28th November 1988 in Kingston, London, United Kingdom. Joe is the oldest of five siblings.

He grew up in Kingston, went to school which had an interesting mix of people, both from suburbs and London. He got to see different aspects of life while growing up. It helped him with his acting in the future. He has lived in Kensington, London as well as Brixton, south London. [6] 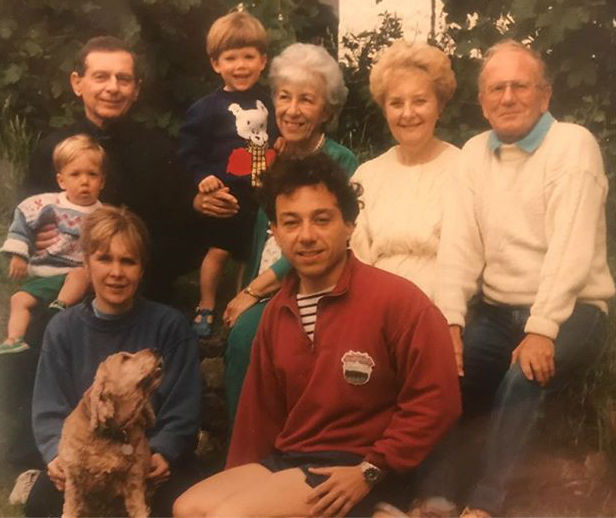 Joe's father works with boats, he fixes them. [2] 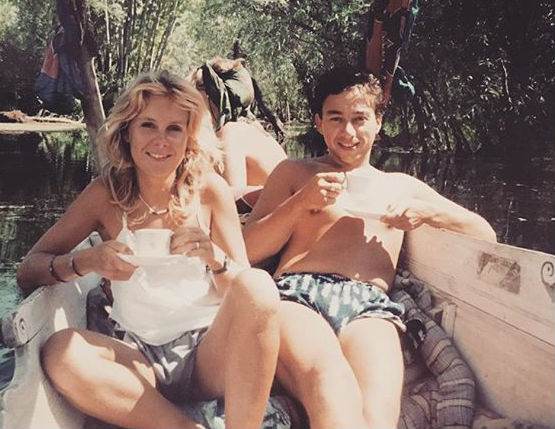 Image: Joe Cole parents on a trip to India 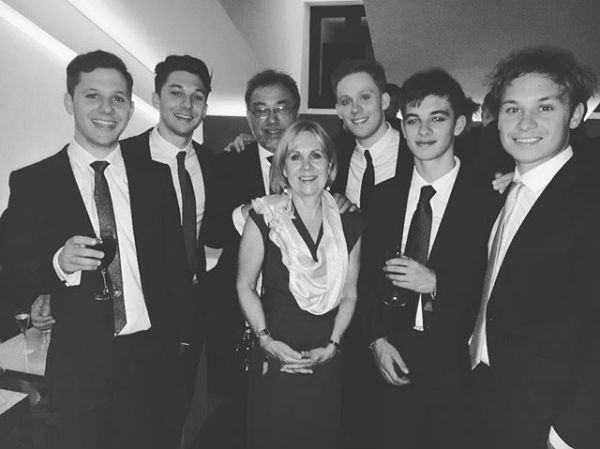 Joes's brother Finn Cole (Finlay Lewis J. Cole) was born on 9th November 1995 in Kingston, England. He is also an actor, he is known for playing Michael Gray in BBC series "Peaky Blinders", Joshua Cody in "Animal Kingdom". He is the fourth of the five Cole brothers. Joe's help was crucial in Finn started out as an actor. 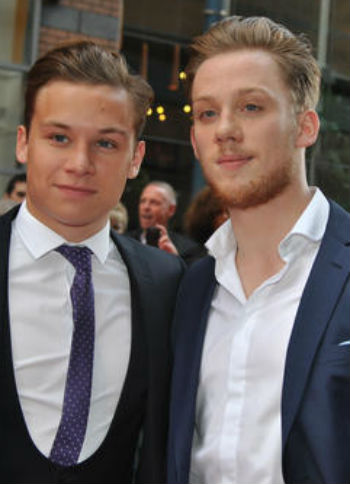 One of his grandfathers lives in the Manchester.[3]

Joe did badly at college (academically), He had go back and re-take his 6th form (which was his brother's class by then). Joe was selling Coffee & Carpets to make ends meet while his classmates moved on to the Universities. However his luck changed at 22. Joe Loved drama at school. His secondary school drama teacher inspired him to take seek admission at the "National Youth Theatre" [4] [5]

Joe's first work assignment was with director Rikki Beadle-Blair in a one-night show in the West End district. Joe used this as a chance and invited all the agents he knew, used this as an opportunity to showcase his talent. [5]

He has acted in a role in the play "The Knowledge" directed by Charlotte Gwinner at the Bush theaters. It was written by John Donnelly. Joanne Froggatt, Christopher Simpson, Kerron Darby, Holli Dempsey were also in the cast.

The Bill: In "The Bill" he was a member of the group that sexually assaulted a girl. His character had one word- "What?" to say in the story. [5]

Pressure: For his role in "Pressure" with Matthew Goode, Joe spent four weeks at a diving joint in the Pinewood Studios. [5]

In skins he plays a young and tough drug dealer.

Green Room: Joe was selected for a role in "Green Room", he was given 5 punk songs and was asked to get them right before a week's time when he was due to fly to Oregon, United States. He found a teacher in one of the South London studios to help him get the song right. Over time he became fluent enough to deliver the songs naturally. He got to meet Anton Yelchin, Alia Shawkat on the sets, with whom he became very close during his time in the US. The team performed in front of a larger audience in Oregon towards the end of their shooting, they had become pretty good by that time.[5]

Joe auditioned for his part in "Peaky Blinders" like everyone else, Shaheen Baig was the casting director. He read the script in a dodgy Birmingham accent. They asked him to read for Cillian Murphy's parts as well. They didn't tell him anything for a long time, it was a pleasant surprise when his agent called him and congratulated him on the selection. It had been so long that at first Joe was thinking that he was selected for a recent role in some other project he had auditioned for. He was a fan of Cillian Murphy & Paul Anderson even before joining the show. 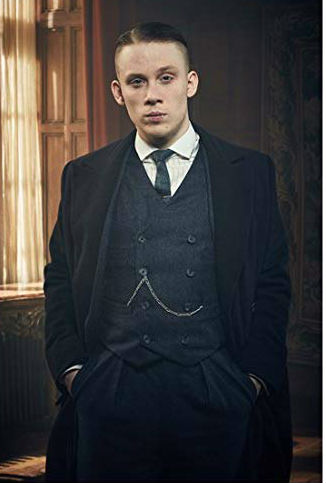 Joe was reading the draft scripts at his family home during Christmas time. He was reading the good bits to his brother Finn. Finn found the acting job fascinating and started pressuring Joe for a role. Joe was reluctant at first, Finn hadn't had any experience in acting apart from school plays. But seeing that Finn was adamant Joe promised to shoot the part and send it to the producers only if the lines, accent, scene was good enough. Finn prepared well and eventually landed the role of Michael Gray. He was competing with 2000 boys from Birmingham. [5]

When asked about his accent, whether they (him and co-stars) change accents while off the camera, Joe said- "We always do the accent when we are back in the trailers or having lunch. We always shout in the accent to each other because the accent is so musical & so fun to do. Accents influence a performance" [5]

A Prayer Before Dawn

In "a prayer before dawn" Joe plays Billy Moore, a boxer caught in the prison of Thailand training in Martial Arts. It was based on the biographical book "A Prayer Before Dawn: My Nightmare in Thailand's Prisons" by Billy Moore.

Billy is a young British boxer arrested in Thailand for illegal possession of firearms and stolen goods. In the Chiang Mai prison Billy undergoes extraordinary abuse and suffering. He attempts suicide to escape the torture, following his failure he joins the boxing team. He learns the Muay Thai kickboxing. Impressed prison warden transfers him to the special boxing unit where he gets trained to compete in the national Muay Thai tournament and represents the prison. 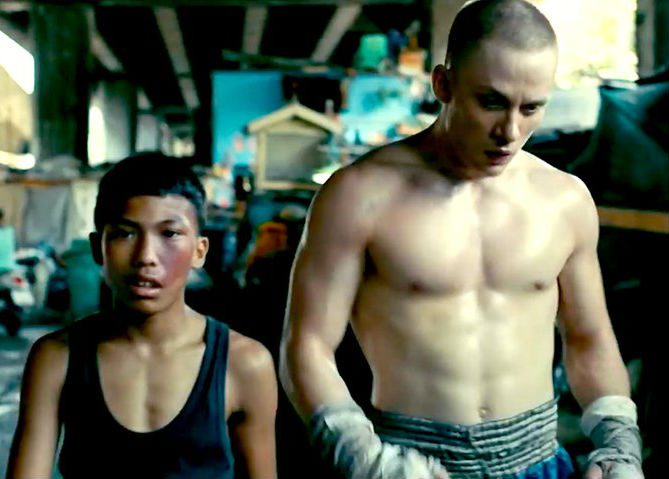 Diet for fighter body: As preparation for his role, Joe ate lot of Thai food, especially the prison food- Eggs, Noodles & chicken. He ate lots of Carbohydrates and proteins initially to have a muscular looking body, towards the end he reduced carbohydrate intake and became more of a Muay Thai fighter.

Billy is seen having romantic relationship with the transgender inmate Fame 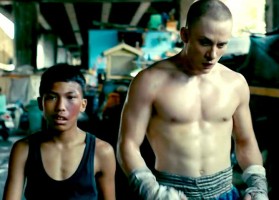 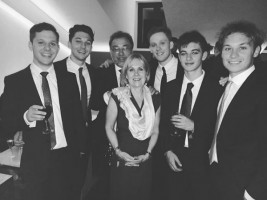 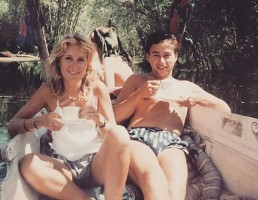 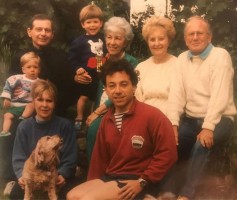