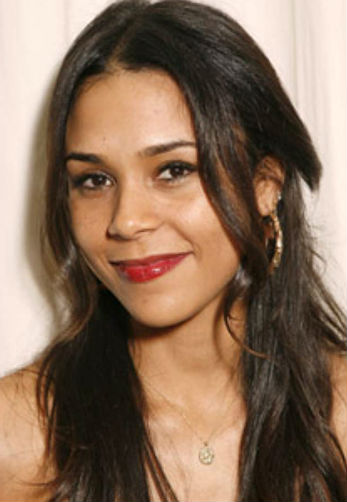 Kidada is an American actress, model & fashion designer. Jones is wildly popular for her work as a designer for The Walt Disney Company, where she has released a line of clothing known as Kidada for Disney Couture.

Quincy Jones is one of the most successful composers and arrangers in the music history. He was born in 1933 in Chicago, Illinois. He has received 7 Oscar nominations for his music compositions. He has about 50 wins and 30 Nominations at other award functions. 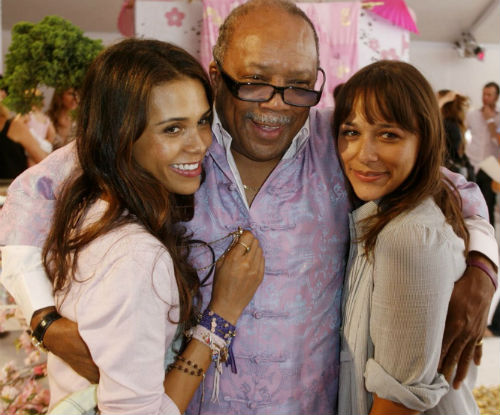 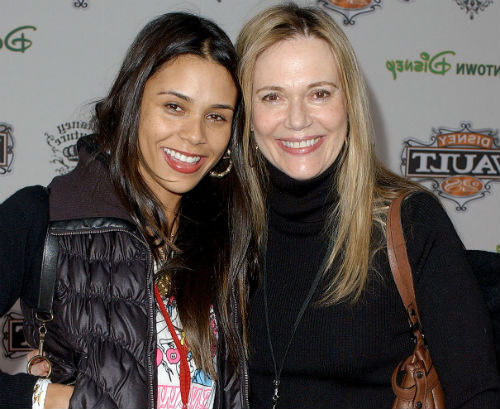 Rashida Jones is the young sister of Kidada, Rashida was born in 1976 and is couple of years younger than Kidada. Rashida is a popular Hollywood actress, writer and producer. She is known for playing Ann Perkins in "Parks and Recreation", Celeste in Celeste & Jesse Forever(2012), Marylin Delpy in The Social Network (2010), in the titular role of Angie Tribeca in Comedy crime series- Angie Tribeca. 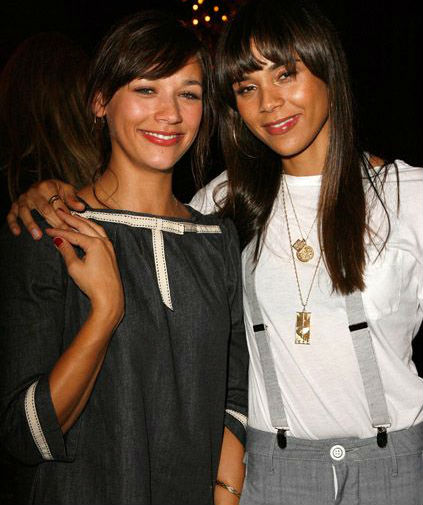 Rashida is a graduate from the Harvard university, she was formerly engaged to actor Tobey Maguire (Spirderman), she has son named Isaiah Jones Koenig born on 22nd August 2018 in Los Angeles, father of her child is her boyfriend Ezra Koenig.

Kidada has many half-siblings through her father. 4 half sisters and a half-brother

She is the half sister of:

Kidada confesses that she never felt good about school. She started schooling at the gae of 2, "it was probably to oearly" thinks Kidada. She wasn't a "straight A" student at school. She was bad at spelling & maths, she felt that her teachers were not entirely supportive. She had been held back twice and expelled by 8 schools before she reached her high school. As a young girl she craved to better understand the world and navigate in it smoothly.

But when it came to fashion and arts, her innate passion for the subjects made her stand out apart from others.

Kidada was married to actor/ writer Jeffrey Nash from February 2003 to 2006, they have remained friends even after the divorce.

Kidada had a relationship with rapper and actor LL Cool J from 1992 to 1994. He broke up with her because of her spiritual beliefs which he mentions in his book "I Make My Own Rules". He apparently didn't find her going to Ashrams and consulting gurus as cool enough for him.

She had a relationship with actor/ rapper Tupac Shakur after her break up with LL cool J. Kidada and Tupac had been living together for 4 months before his unfortunate death [3]. Tupac Shakur & Kidada Jones were engaged to be married. She was waiting for Tupac in their Las Vegas hotel room when she heard of the shooting and hospitalization of Tupac Shakur. He was incidentally gunned down when he was on his way to meet her. 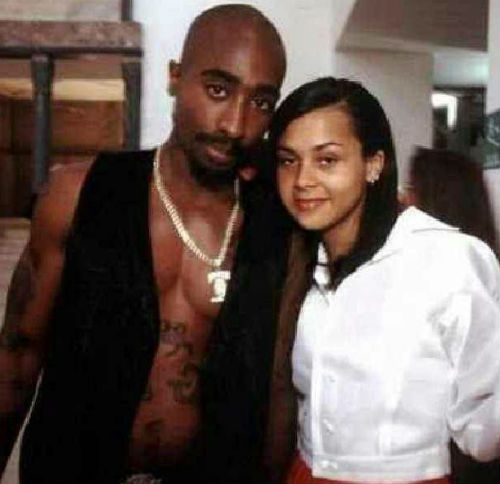 Their relationship unfortunately ended when Tupac died of bullet injuries on 13th September 1996. She was by his bed side when he breathed his last breath after battling the injuries for 6 days.

Kidada has a tattoo of Tupac shakur on her upper left arm. She describes the incident as "The most horrible thing that ever happened to me". Remembering Tupac fondly she has said "Tupac was the love of my life" 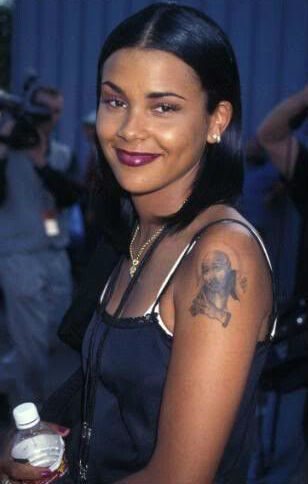 Kidada has tattoo of Tinker Bell from the Disney film Peter Pan on her left calf. Kidada's Tinker bell wears Adidas flip-flops and has other artwork designed by Kidada herself.

""I love Tinker Bell because she is feisty, she has swag, she is going to do what she wants to do" said Kidada on why she chose Tinker bell.

The biographical film "All Eyez on Me" based on the real life of rapper/ actor/ activist Tupac Shakur covers the time Kidada spent with Tupac shakur. Kidada was Tupac's girlfriend at the time of his death. Actress Annie Ilonzeh played the character of Kidada Jones.

Kidada is a very spiritual person, she in fact inherited it from her parents. She is very passionate about exploring the inner self of the being. Being connected to the center and looking at the world from the center of the being.

Kidada wrote a book titled- "School of Awake" in 2017, The book covers topics on discovery of one's true authentic power that resides within each of us, and the universal truth that we are all connected in a higher plane of consciousness. Her wish through the book is to awaken a new generation of young girls towards the understanding of inner power & the discovery of the inner world.

Kidada appeared on Oprah Winfrey's "Super Soul Sunday" in 2018 to promote her book.

"It was something that really needed, wanted and demanded to come out of time and created circumstances in my life so that I had absolutely no choice but to sit and write this book" said Kidada in the Oprah shows promo. [2]

"When I was about 9 years old, I knew that I'd write a book that was gonna be helpful for young girls. I think there are lots of different ways to define success." Said Kidada.

One a spring afternoon, young girls were invited to experience the idea of "School of Awake". Kidada offered the young girls crafts, affirmations, ideas about self and with the project of writing themselves a lover letter to help introspect and appreciate themselves.

Classroom of the heart

Kidada dreams that one day she could create a school where students learn processing what they feel on the inside, an important aspect of life which is not taught in any school anywhere. She teaches young girls the importance of staying true to one's inner self. She calls that idea as "Heart star"

"(As a young girl) I used to dream about what would it be like if there was a school that I can go to, that was like a life school." said Kidada on the Oprah show. [2] She would do video tapes of herself pretending to be the teacher & write little curriculums out during childhood.

Kidada's first work as a designer was ironing an old image of 'Alice in Wonderland' on a T-shirt that was worn by her friend Nicole Richie, Nicole wore the shirt to a coachella festival which got attention of many, Kidada received a lot of calls that night.

Tommy Hilfiger launched a successful campaign with her in the lead along with a few friends of hers (Aaliyah, Kate Hudson, Nicole Richie, Oliver Hudson, Tamia). She worked as a muse for Tommy Hilfiger for eight years.

Kidada has been working with 'The Walt Disney Company' since 2005, she has been releasing designer line clothing & jewelry designed for adults and sold at boutiques. W Magazine called Kidada's role in the company as "a conduit to hip tastemakers the brand might otherwise miss."

Jim Calhoun, the vice president of Disney's North American department of "consumer products" spoke highly of Kidada when he said "Kidada is not just one of those people that points out what's cool. She has a real hand in making things cool." Kidada is involved with various Walt Disney projects as well.

In 2005 she reinvented Tinker Bell with her team, she created T-shirts for Japanese label 'Hysteric Glamour' 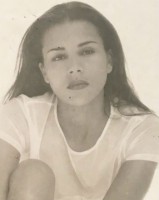 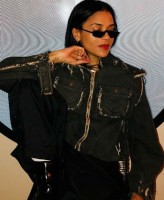 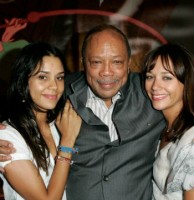 Kidada Jones with father and sister 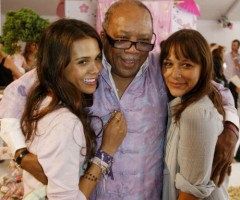 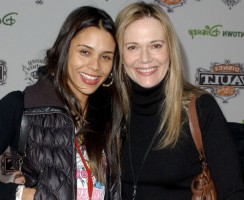 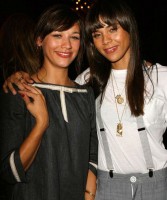 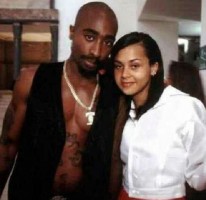