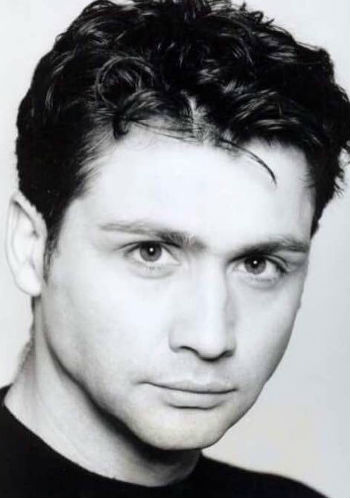 Simon Shelton was an English actor, a trained ballet dancer, choreographer, comedian, producer, and director, he was known for the roles- The Dark Knight in Incredible Games(1994), voicing Tinky-Winky in Teletubbies (1998-2001). 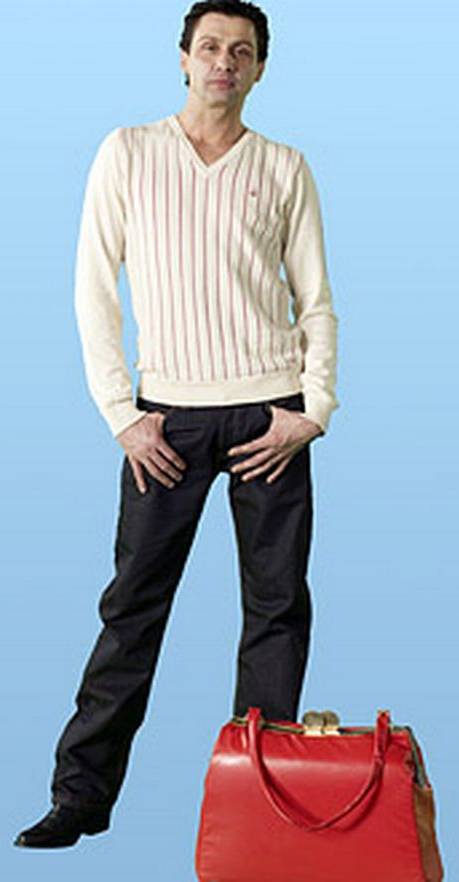 Emma Robbins: is an actress who has voiced the character (and also has voiced the soundtrack) in the animation series "Lazy Lucy". In the short movie Sarina's song(2011) she appears as a party guest.

The couple had a daughter named Lydia Shelton.

Simon was related to Singer Paul McCartney is through Emma, he was Emma's second cousin

Simon had two sons in Henry Shelton and Finley Shelton through the ex-wife Samantha.

Through his wife Emma, he has in-laws Jane Robbins, Amy Robbins, Kate Robbins, and Ted Robbins. Emily Atack and Molly Robbins are his nieces.

Simon voiced the character Tinky-Winky in the video, The video was directed by Tim Harper, it was written and created by Peter Kay.

Simon appears as a dance double in the comedy-fantasy series, a parody of British horror films starring Steve Coogan and Graham Duff. 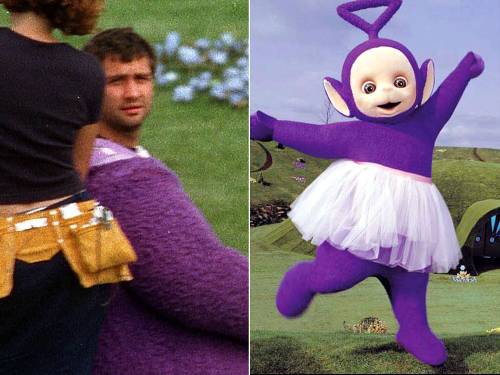 He was known for playing Tinky-Winky in children's show Teletubbies (replacing Dave Thompson who was sacked because of his comments about Tinky-Winky's sexuality, Dave had replaced Mark Heenehan), and the video Teletubbies: Christmas in the Snow(2000).  Simon kept his voice-acting career private, very few of the close ones knew it was him. When his daughter Lydia went to a new school she would say her father was a Tinky-Winky but generally everyone thought she was making it up.

Speaking of his surprise success with Teletubbies, Simon had said:

"I didn't know it would be as big as it was, but I did know as soon as I started working on it, that it had something special."

He described the appreciation he received,

"A bit like the Beatles or Take That of television... We used to receive a lot of fan mail from children and parents."

The show was aired in more than 120 countries, in 45+ languages with more than Billion viewership.

In the mid-90s children show "Incredible Games". Simon played the role of "Dark Night". The game format had a team of three contestants within the age category 10-13. It was set up in a fictional skyscraper.

Simon played the "Dark Night" who would be wandering in the dark corridor who would be waiting on the way to the lift, thus hurrying the contestants to close the lift doors as quickly as possible.

One of the games in the show was named 'The Dark Night'. Dark Night's aim is to stop the contestants.

In the Biographical drama on a French army captain's life, Simon plays one of the multiple male Prostitutes.

In the family drama Anna(1988) he plays the role of Tänzer. Silvia Seidel appeared as the lead role of Anna.

Simon died of Hypothermia (a disorder where body temperature decreases suddenly) at the age of 52 on 17th January 2018 in Ampthill, Bedfordshire, England, just four days after his 52nd birthday. He collapsed in the street at around 7.30 am and never recovered. He had a high concentration of alcohol in his system, he had a history of alcohol dependency.

After Simon's death, his son Henry posted a message in memory of his father on his Facebook wall-> "He was the sweetest, kindest man I ever met, and I loved him more than anything... I always used to be embarrassed as a child that he was a dancer and an actor but now I couldn’t be more proud."

Simon's daughter Lydia wrote-> "I love you so much, dad. Always have, always will. The most beautiful man in the world. Forever in my heart"

His niece Emil Atack wrote-> "My wonderful uncle Simon Barnes has been taken from us all so suddenly. The kindest and most talented man you could ever wish to meet. Loved by all who knew him, and will be forever. X"

Simon's Teletubby co-star John Simmit posted a tribute tweet to him-> "What a week! RIP Simon Shelton aka Tinky-Winky. Remembering the many good times. Rest easy."

Cremation: He was cremated at the Bedford Crematorium on 7th February. Friends and family wore white dress to the event to celebrate the happiness his life represented. 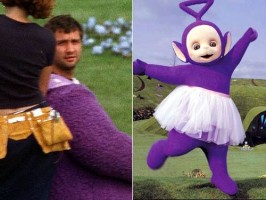