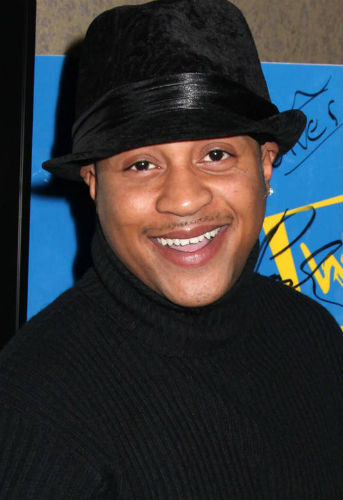 Orlando Brown is an American TV & movie actor, rapper and singer. His works as a child actor are very popular even to this day. He is popular for playing roles such as- Eddie Thomas in Disney series "That's So Raven", Kevin Dunne in Major Payne(1995), Sticky Webb in "The Proud Family" among others.

Recently he has released music singles such as "Hi I'm Famous", "Coming to America", "F**k Dat", "Empire". He stars in the movie Smoke Filled Lungs as Michael.

Orlando Brown was born on 4th December 1987 in Los Angeles, California, United States. He grew up in Perris, California with his grandmother Judy Anderson.

Briana was engaged to be married to Orlando around the time he went to rehab in 2018, however his rehab went bad and he started getting back into addictions, she broke the engagement and moved on, she was pregnant at the time. Journee Annistyn Brown, a baby girl was born in September 2018. the two are still on talking terms, and talk to each other everyday.

Orlando had gotten into the rehab so that he could be clean before his daughter would be born, however it didn't work as planned.

"I love him with all my heart! Everyone has problems, but through all of this and the roller coaster we were on, I am still here for him.. if Journee being in his life can help make him a better person I’m all for it ." said Briana [3]

Orlando and his ex-girlfriend Omene Alexandria have a son named Hunter Duke Brown Born in December 2016. Orlando has questioned the paternity of the baby [3]

He has claimed to have been the father of at least 4 children, and a few more that were unknown to him.

Bckonline made a research on it and found out that Orlando actually has a daughter with his ex-fiancee Briana cherelle, a baby girl was born on September 30th, 2018 and named Journee Annistyn Brown. [3] 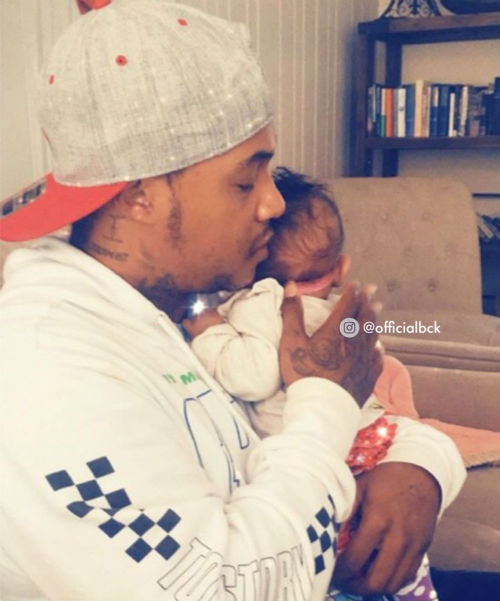 He has a son named Hunter Duke Brown born to his ex-girlfriend Omene Alexandria in December 2016.

Orlando was stopped by the police officers on April 10, 2007 in Houston, Texas for reckless driving (driving without headlights at 1:00 A.M). The officers on duty found marijuana hidden in the car while searching, Orlando argued that the car was taken on loan from a friend and that he was unaware of what was hidden in the car

Orlando was stopped by the police officers on August 11, 2011 in Hollywood, California (near by his house) for not having a license plate, as they approached the car they smelled alcohol and found him to be Driving Under the Influence of alcohol after administering a sobriety test.

His then girlfriend who was pregnant at the time was also in the same car, he was arrested and released on the bail of $15,000. He was arrested again on the same case again in May 2012 after he was caught drunk driving again, thus he had violated the conditions of his probation.

In July 2012 he was arrested again for failing to appear for a court hearing regarding his case.

Orlando was arrested by the police in August 2014 for entering a woman's apartment and allegedly threatening to kill the woman and her son. He was charged of disturbing peace and for public drunkenness. He was not charged of death threats for the lack of sufficient evidence.

Orlando was arrested in February 2016 on charges of beating his girlfriend and possessing meth (methamphetamine) after he was reported by a eye witness who saw him beat the girlfriend in the car. The police arrived at the scene and asked him to move out of the car, when he refused to do so he was driven to the police station in the same car. At the police station he was found by the officers to have large amounts of meth stacked in the car. Orlando however rejected the charges of domestic abuse and called it a false charge.

Orlando had failed to appear in court on the scheduled dates, an arrest warrant was issued regarding the issue. He was finally arrested by the police on January 18, 2018 in Barstow, California when the police were informed of a domestic disturbance in a private residence because of quarrel between Orlando, his girlfriend and her mother. He was charged with domestic battery, drug possession and resisting arrest.

He was released on bail after spending Jail time in Barstow, when he again failed to appear in the court an arrest warrant was issued against him. Orlando fled the California state to avoid arrest, he was eventually caught by the bounty hunters on Las Vegas on April 13, 2018. He was hiding in the closet of a private home.

On the 5th of July 2018, he was stopped by the police officers near a hotel infamous for illegal drugs and prostitution in Las Vegas. When he refused to cooperate, they searched his taxi forcefully and found him in possession of meth and pipe (drug equipment). He was charged with "possession of drugs", "drug equipment" and "resisting arrest"

Breaking into the Restaurant

Orlando was arrested by the police officers on September 2nd 2018 in Las Vegas after he broke into the "Legends Restaurant & Venue" (owned by his childhood friend Danny boy) and tried to change the locks. He was captured entering the building without permission in the security cameras. He was found and arrested on the roof of the building.

He had been recently released from the hospital before this event.

Brown had left his manager's home in the Studio City to go to a convenience store near by on april 22nd 2008, the store was just a walkable distance away. Orlando did not return from the store, he was reported missing after the search. He, however, returned after 24 hours and publicly apologized for not informing about his whereabouts. He said he disappeared because he "needed to be alone"

In the beginning of 2017, actress Keke Palmer and singer Trey Songz had a bad feud. Keke accused Trey of "sexual intimidation".

Orlando made comments on the issue through a video, he was critical of both Keke Palmer and Trey Songz. He commented "I don't understand it. Everybody knows Trey Songz (is gay)sucks d**k. He didn't want you. You & I both know, Keke, that was the gag.. He is a f*g.. I don’t have nothing against you people..  just don't bring that s**t this way. And we are gonna be a-okay"

He got media slack for outing Trey Songz as Gay, he later deleted the video following the backlash.

There was a sex tape featuring Orlando and an unidentified woman leaked on to the internet through a twitter account in 2017, the account had Orlando's name (not his official account though; username: claimyourshade), it was rumored that the video was released by himself, some speculated of a hack on his computers and release of personal information, others believe he probably posted it while under the influence of substance. That twitter account is suspended now and the page is empty.

Orlando Brown in the Rehab

On the insistence of close friends and family, Orlando joined a intervention center in 2018 to get helps for his addictions, however, just a week after his admission, he was seen leaving a friend's house with a box of wine bottles. He was having a verbal fight with the owner of the house, the owner of the house was threatening him not to step into the house premises ever again. 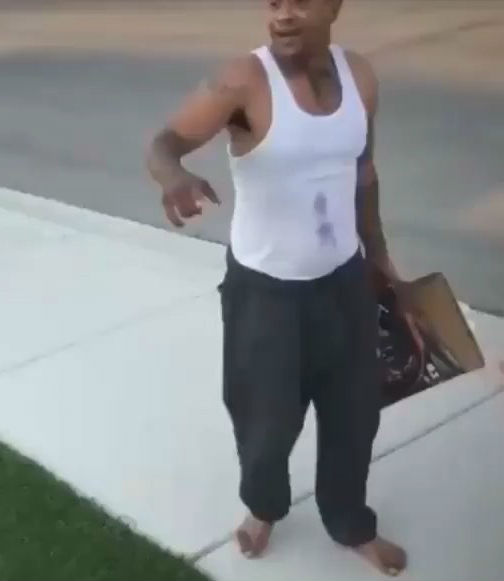 Orlando had got a big tattoo of his That's So Raven co-star Raven-Symoné on his neck. When she was asked to react to that by the "Entertainment Tonight" she cleverly dodged it while promoting the second season of "Raven's home" season 2. 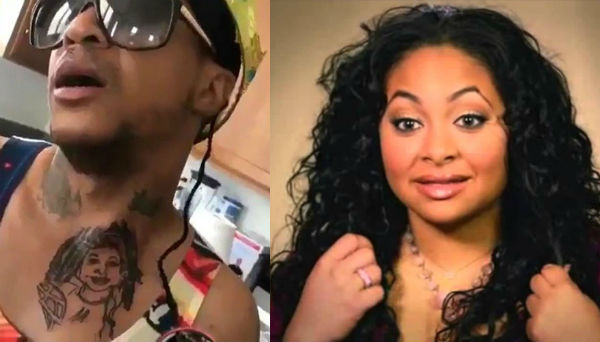 In an episode of the TV reality show Dr. Phil (created by Oprah Winfrey) (aired on 21st December 2018) hosted by the famous psychologist Phil McGraw, Orlando Brown made numerous unsubstantiated claims. Some of the claims were perceived as outrageous even, by the viewers of the show.

Some of the claims he made on the show are:

On 22nd January 2020 Orlando claimed that actor/ comedian Nick Cannon had performed oral sex on him while being dressed as a woman.

Actor Nick Cannon chose to answer the claim on instagram, he said "When I first saw this I thought it was fucking hilarious". Further, he empathized with Orlando, "..All I see is a cry out for help", he stressed on the importance of having support figures without which it is easy to get lost in the Hollywood- "I don't know if there are any real leaders or solid individuals in this young man's life but let's embrace him & tighten him up so he doesn't become another lost victim to these Hollywood circumstances" 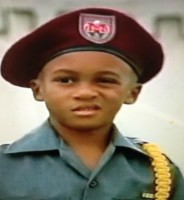 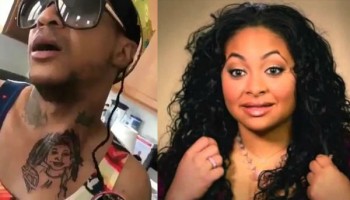 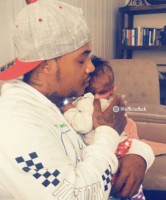