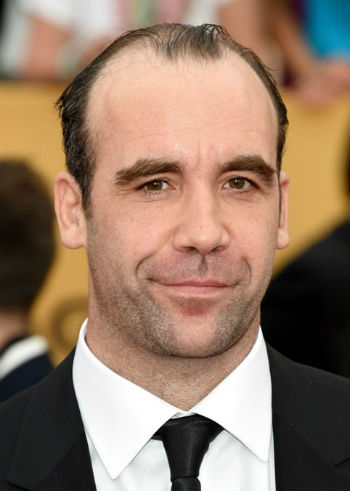 Rory McCann is a Scottish BAFTA Award-winning actor. Rory is most known for playing 'The Hound' in the HBO adventure drama "Game of Thrones (2011-2019)"

He has recently appeared in the adventure comedy Jumanji: The Next Level(2019) as Jurgen the Brutal.

Speaking of his mother, Rory has said:

His father has passed away

Sally-Gay McCann is McCann's younger sister, she was born in 1972. She works on costumes for film and television and she worked alongside her brother on 'Alexander' and 'Game of Thrones'. The two have been speaking a secret language since childhood. The two would speak their secret language on the sets and nobody would understand.

He has a distant cousin named Jaquie McCann.

Rory McCann isn't married, doesn't have children. He has had girlfriends in the past.

Speaking of dating actresses, he said:

In the business I meet some beautiful women, but to be honest, 80 per cent of them are raving lunatics and are to be avoided. It's just insecurity; actors are generally quite insecure. I wouldn't date, or I've never had a fling with an actress, and I'd quite like to keep it that way.

On being single, he has said:

I'm single because I move about so much that I can't really get attached.

In 1990, Rory got several fractures in a dangerous rock climbing accident in Yorkshire. Rory had an accident at the Yorkshire cliff, he fell from a 70 feet rock. He had broken his two ankles, wrist, arms, and a fractured skull. However, he rode himself in a car to the hospital.

Rory was twenty-nine when he started acting.

His Hollywood debut was in the 2004 film 'Alexander'. In 2007, he played as Michael "Lurch" Armstrong in Hot Fuzz. In 2008, he portrayed Moby in The Crew and Atilla the Hun in the BBC docudrama Heroes and Villains.

His first major foray into acting was that he played a disabled personal trainer in the 2002 television comedy-drama The Book Group. For this performance, he won the Scottish BAFTA for the best television performance of 2002.

For his as Kenny McLeod, Rory interviewed several disabled people, he spent an entire day in a wheelchair with the disabled people to learn from experience.

After that Rory has not seen back and has ventured into the glamour industry in various roles. He has played television roles as Detective Inspector Stuart Brown in 'State of Play', Peter the Great in 'Peter in Paradise'. He has portrayed a priest in the award-winning British comedy-drama series 'Shameless'.

McCann breathes life into the character The Hound (Sandor Clegane) in the HBO series Game of Thrones. He portrays a merciless knight on the outside but the hound is actually soft on the inside. The character is well-liked by Game of Thrones fans for his crass language and expert portrayal.

He did all the training for his fights by himself for Game of Thrones. Rory met The Mountain (Hafþór Júlíus Björnsson) in Iceland during the shooting of Game of Thrones and felt that he was a really big man.

He feels the relationship between the Hound and Arya Stark is like that of Scooby-Doo and Scrappy-Doo. He rehearsed for 3 weeks in Ireland in a small tent with sprung floors for a fight against Brienne (Gwendoline Christie) in Game of Thrones.

He used to rub the soot from a kettle on to his bumfluff to make it look more like he had a beard.

Rory is one of the very few GoT actors to have read George RR Martin's "Song of Ice and Fire" books, when the two met, Rory asked George to sign the copy for him, the copy was torn and smelled of cigarettes as Rory had read the book while camping, "What the ***** have you done to my book?" joked the author.

Banished: He also stars in BBC TV Series written by Jimmy McGovern called Banished. The series is set in Australia in the 18th century. Rory plays a blacksmith named Marston. 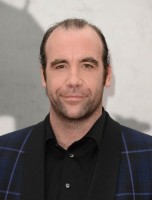