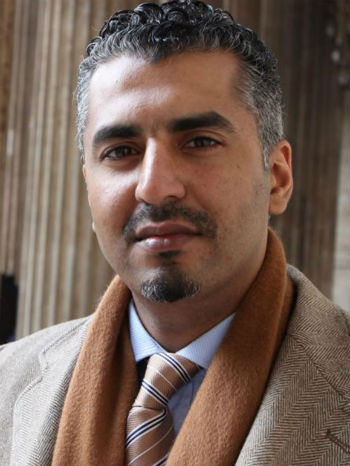 Maajid Nawaz is a Muslim reformer, British activist and politician. He contested from Hampstead & Kilburn (London) constituency & Lost it in the 2015 General Elections.

Maajid was born on November 2, 1977 in Essex, England to a Pakistani couple. Maajid's father Mo, was an electrical engineer who worked previously in the Pakistani Army, Maajid's mother Abi was born in Pakistan and brought up in England. Maajid has an elder brother and an younger sister.

During his college years Maajid married Rabia Ahmed a biology student who was also involved with Islamic activism. Maajid was 21 years old at the time of marriage, during this time he landed in jail in Egypt. They have a son named Ammar. Owing to their ideological shift In 2008 Rabia and Maajid divorced. He became serious with Liberalism and secularism related activism which drove them separate.

Second marriage: In 2014 Maajid married Rachel Maggart, an American artist who owns an art gallery in London. They had a son named Jibreal in February 2017.

He participates in debates, discussions related to Liberalism & Islamism.