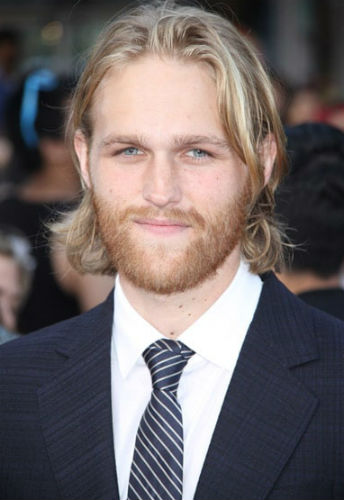 Wyatt Russell is an American actor and a retired professional ice Hockey player. Wyatt is popular for his roles- Ford in Overlord(2018), Willoughby in Everybody Wants Some(2016), Zook in 22 Jump Street(2014), Freddy in Cold in July(2014), Paul in The Walking Dead webisodes.

His recent performances include- Sean Dudley in Lodge 49, Jeb Stuart in The Good Lord Bird, David in The Woman in the Window, John Walker in The Falcon and the Winter Soldier.

Wyatt Russell was born on 10th July 1986 in Los Angeles, California, United States to Goldie Hawn(Mother)- an actress & Kurt Russell(Father)- an actor & producer. He was delivered via Caesarean section.

Wyatt's parents moved to Vancouver, Canada when he was 16 years old, to be part of their son's sports career, where he played Ice Hockey for WHL's Prince George. His family had moved to a $4 million mansion in Vancouver. He had arrived in his parents' private jet to the training camp.

Goldie Jeanne Hawn was born in 1945 in Washington, D.C. to Laura Steinhoff (a dance school owner) & Edward Rutledge Hawn (a musician). Her sister Patti Hawn is a publicist.

She is a very popular actress and producer. She is most known for roles such as- Joanna/ Annie in Overboard(1987), Elise Elliot Atchison in The First Wives Club(1996), Judy Benjamin in Private Benjamin(1980), Helen Sharp in Death Becomes Her (1992) and others.

Kurt Vogel Russell was born in 1951 in Springfield, Massachusetts to actor Bing Russell and his wife Louise Julia Russell (a dancer). He has three sisters in Jill Russell, Jamie Russell, and Jody Russell.

Kurt played baseball in his High school. Wyatt gets his sports genes from his father & grandfather. Kurt is a Golden Globe award-nominated actor. He is most known for his roles- John Ruth in The Hateful Eight (2015), Snake Plissken in Escape from L.A. (1996), David Grant in Executive Decision (1996) among others.

Speaking about his father, Wyatt has said:

I would consider my dad a pretty patient guy, but there was no tolerance for spoiled behavior.

He has 2 half-siblings from his mother's previous marriage to Bill Hudson- Oliver Hudson (an actor born in 1976) and Kate Hudson (an Actress born in 1979). Wyatt grew up with Kate & Oliver in the same household.

From his Father's previous relationship he has a brother in Boston Russell, born to actress Season Hubley. 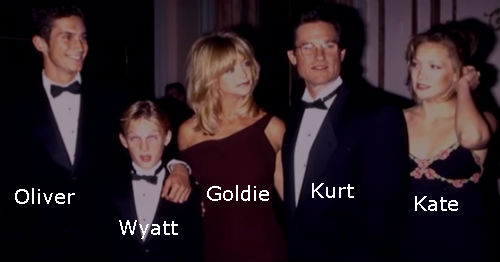 Oliver Rutledge Hudson was born in 1976 in Los Angeles, California to Goldie Hawn & Bill Hudson. He has a younger sister in Kate Hudson.  Emily Hudson and Zachary Hudson are his half-siblings from his father's side. From his mother's side, he has a half-sibling in Wyatt Russell.

Wyatt considers his brother Oliver to be the most influential person in his acting career. He is a poker enthusiast and competed at the World Series of Poker in 2005.

Boston Russell is Wyatt's paternal half brother. He was born in 1980 to actress Season Hubley & actor Kurt Russell.

Boston is a scholar of Buddhism & Hinduism. 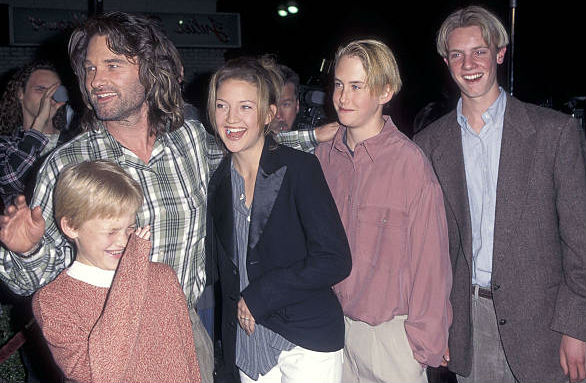 He died in 2003 from cancer-related complications. He was a graduate of Dartmouth College with a business degree. "Sporting News" has named him the minor league manager of the year in 1974.

Wyatt started dating actress Meredith Hagner in 2016, they had met on the sets of "Folk Hero & Funny Guy". The two moved into the 1930s Spanish home they bought together in April 2018 in Sherman Oaks, California. The two married on September 2, 2019 in Aspen, Colorado.

Meredith was born on May 31, 1987, in Chapel Hill, North Carolina. She is a graduate of Performing Arts from Boston Conservatory. She is a songwriter as well as a musician, she plays both piano and guitar. She has appeared in advertisements for 3M, Acuvue, JCPenney, Levi's and others. 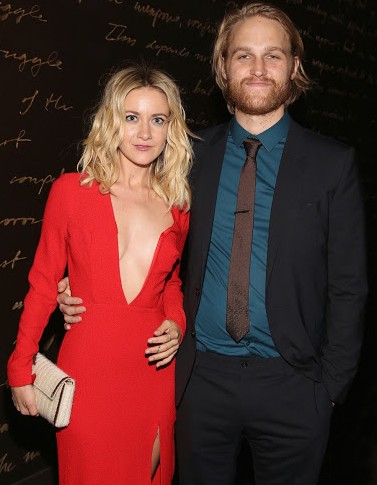 Wyatt met Sanne Hamers while playing Ice Hockey in the Netherlands (for Groningen Grizzlies), Sanne is a stylist by profession, the couple started dating in 2010, after a couple of years of dating they got married on 14th March 2012.

Divorce: The couple separated on 2nd March 2015 and divorced amicably on 24th October 2017. 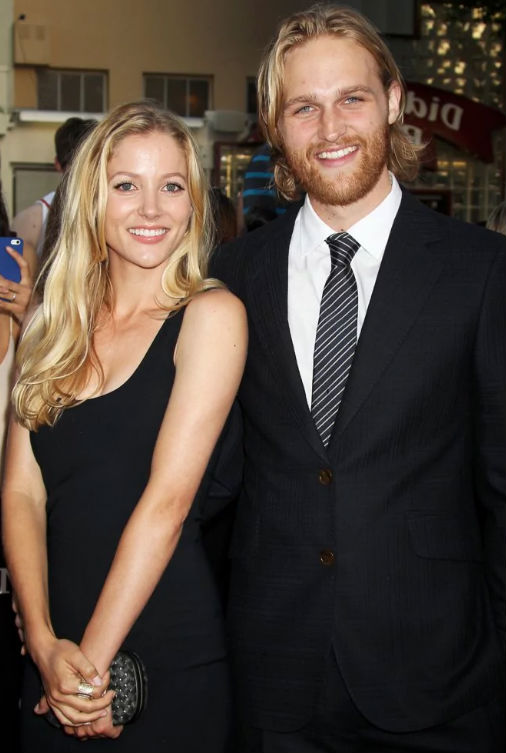 Russell played Ice Hockey as a goaltender for various amateur pro Hockey teams. Some of the top teams he has been part of are:

He has played for the Huntsville Chargers (Huntsville, Alabama) at the NCAA hockey. After a year at Huntsville, he moved to Germany. He has played in the Dutch elite league and the German 3rd league as well. [2]

Injuries: He broke his hip at the age of 24 playing Ice Hockey, Wyatt's injury forced him to retire from the game early. (he had been having groin pulls as a high schooler, it was later diagnosed as hip dysplasia). He has had injuries playing Ice Hockey, he was once so badly injured that he couldn't write his name for months properly. He had injuries on back, hips, and spine.

Wyatt's stats are as below:

Dirty little secret in our family for a long time was that the best actor in the family was a Hockey player. 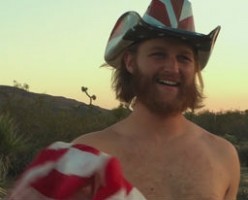 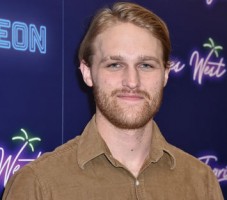 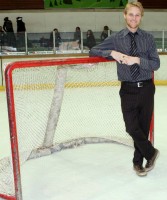 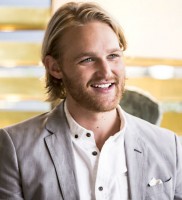 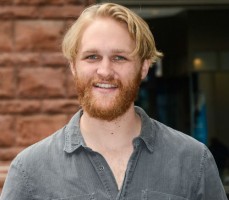 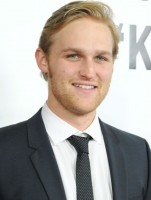 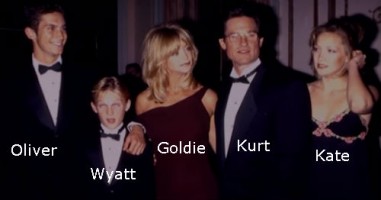 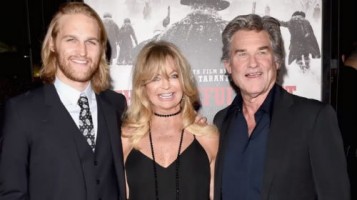 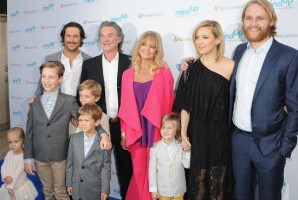 Boston Russell Family at the beach 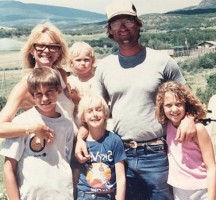 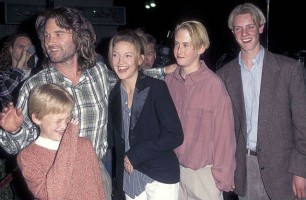 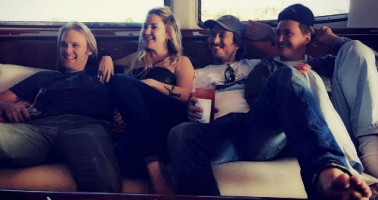 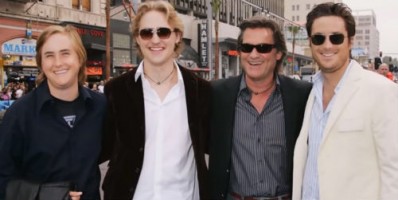 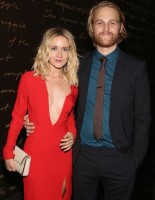