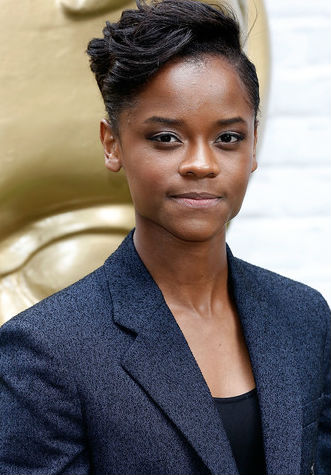 Letitia Wright is a Guyanese British Actress & Singer. She is popular for playing Shuri in Black Panther(2018), Jules Skateboarder in The Commuter (2018), Nish in Black Mirror(2017), Chantelle in Top Boy(2011), Jamie Harrison in Urban Hymn (2016), Renie in Humans.

Letitia Michelle Wright was born on 31st October 1993 in Georgetown, Guyana. She was brought up in London where her parents moved to when Letitia was 7 years old. She grew up in Tottenham, North London, England.

Her mother is a Teacher.

She is a devotional Christian. She became a religious Christianity when attending London actors' Bible study with the (acting school) classmate Malachi Kirby, she was in depression at the time and found religion helpful, she even sacrificed a role in the film "How to Talk to Girls at Parties" to have a personal time with God.

Small Axe: Letitia plays "Altheia Jones" in the period drama based on the West Indian community's real life experiences in 1960s and 1980s

Avengers: Endgame- She reprised her role as Shuri in the Avengers movie. She had a small role, the movie is the highest grossing movie of all times.

Guava Island- Letitia plays Yara, the friend of Kofi (Rihanna) in this musical movie. They are co-workers in a factory. Donald Glover, Nonso Anozie played the other leading roles

Black Panther- She plays Shuri, the younger sister of T'Challa (Chadwick Boseman), daughter of Ramonda (Angela Bassett), She plays a science geek superhero who is known for her innovations. Shuri is said to be the smartest super hero character ever, smarter than even Tony Stark (Iron Man). Michael B. Jordan, Lupita Nyong'o, Danai Gurira, Martin Freeman, Daniel Kaluuya played other important roles.

Avengers: Infinity War- She helps to extract the Mind Stone from Vision in the movie.

She plays a rebel (seen in Samantha's safe house) in the movie "Ready Player One".

She plays "Jules Skateboarder" in the action mystery "The Commuter"

Maxine Peake & Letitia Wright play the main roles in the short movie "Cake". they are seen sitting in a asteland discussing the best way to die

Humans- She appears as Renie in the second season of the show. She plays character of a human living like a Synth. She plays the date of Toby Hawkings (Theo Stevenson)

Appeared in "Face the Raven" episode of "Doctor Who" (season 9 Episode 10) as Anahson, the daughter of Anah (2 faces Janus) who was killed.

Coming Up- She plays Hannah, the friend of Gemma from Sierra Leone returning back to her home to have female circumcision.

Plays a minor role of "Aisha" in "My Brother the Devil"

Played Nyla in the Action Drama "Victim". Appeared in the TV movie "Random". Played "Ellie Maynard' in the TV series "Holby City" in the episodes- "Tunnel Vision", "Crossing the Line" 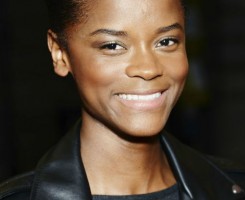 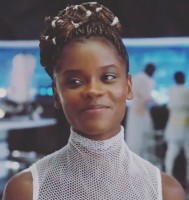 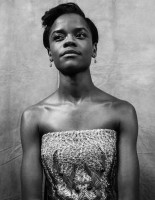 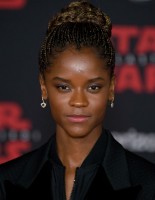