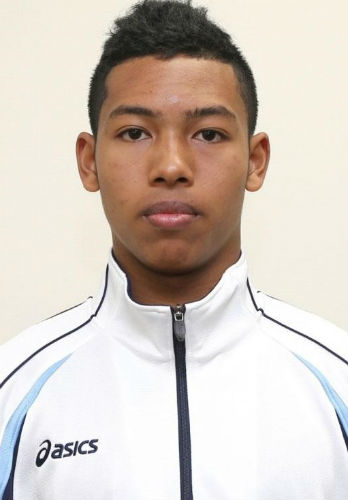 Abdul Hakim Sani Brown is Japan's fastest short-distance sprinter with a record of 9.97 seconds. He is the youngest sprinter ever to represent the Japanese national athletics team.

A promising young talent that has come quite a distance and has a long distance to become the greatest sprinter which he is being touted to be.

Abdul Hakim Sani Brown (サニブラウン・アブデル・ハキーム) was born on 6th March 1999 in Fukuoka, (Kitakyushu) Japan to a Japanese mother- Akiko Sani Brown and a Ghanian father who was a soccer player from a family of athletes. Abdul lives in Fukuoka, Japan with his family.

Abdul's mother Akiko was an athlete herself in her younger years, she sed to compete in the National high school track and field events, she was specialized in the hurdles. 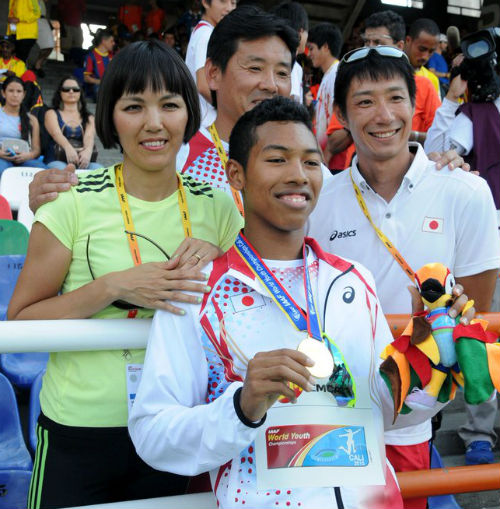 Abdul's entry to the national stage was through participation at the 69th National Sports Festival in 2014. He ran a 10.45 second sprint (100m) when he was in the first year of high school.

Abdul, at the age of just 16, competed at the Senior level athletics in his home country of Japan. He won silver in both the 100m and 200m events.

Abdul Hakim Sani Brown set the record of 10.28 seconds at the Athens Youth Championships in 2015, which is to date the fastest in the 100m category in that age group. Most interestingly, most of his competitors were at least three years older than him. Derick Silva of Brazil won silver with the timing of 10.49 seconds.

That was a huge 0.21 seconds difference between Abdul and his closest competitor. (To put it in perspective, there were 5 athletes within the 0.21 seconds of Usain bolt's gold medal-winning 9.81 seconds in the 2016 Rio Olympics)

Abdul achieved the second-best record in the history of the Youth Championship tournament, just behind Usain Bolt's 20.13 seconds. Sports commentators and sports lovers have been comparing the progress of Abdul Hakim to the historical progress in Usain Bolt from his Younger days. It would be interesting to see if Abdul can match up to the expectations of fans and if he gets closer to Usain Bolt's feats.

In the heats (Heat 4), he managed to qualify second best, clocking 20.35 seconds, just behind the USA's Justin Gatlin.

His stint at the World championships ended at the sem0finals where he clocked 20.47 seconds and finished fifth in the heats (Heat 2).

Abdul achieved a record of 10.05 seconds in the 100 m event (Heat 2) at the London World Championships, it was just 0.07 seconds more than the all-time Japanese record of 9.98 seconds set by Yoshihide Kiryū in 2017.

Abdul beat the famous Jamaican sprinter Yohan Blake (10.13 seconds) in the Heats. However, he had a bad day at the semi-finals, he could only run a 10.28 seconds race. He finished 7th in the semi-finals and was eliminated.

He managed to reach the finals In the 200 m events. He finished second in his qualification round (Heat 1) with a sprint of 20.52 seconds. Yohan Blake of Jamaica topped the Heats with 20.39 seconds.

Abdul bettered his record in the semi-finals with a run of 29.43 seconds, Jereem Richards of Trinidad and Tobago topped the Heats (Heat 1) with 20.14 seconds. Notably, Yohan Blake got eliminated at the semi-finals.

Abdul could only manage a sprint of 20.63 seconds at the finals, he finished 7th among the 8. Considering that he was the youngest of all the competitors there, that was still an amazing achievement.

Abdul achieved his personal best of 10.05 seconds at the Osaka National Championships in the 100m category

In the 200m category, he clocked 20.32 seconds, it was his best achievement in that distance until that time.

Abdul also achieved a peculiar feat the tournament, he competed in the Javelin throwing competition as well, he finished seventh in the finals with a distance achievement of 73.4 meters.

At the 2019 NCAA division championships held at Austin, Texas Abdul managed to run the 100m distance in 9.97 seconds (June 7th, 2019), It was the finals of the event, he was placed third at the event, but that was sufficient to make him the fastest man of Japan in the history of athletics.

He had clocked 9.96 seconds at the Semi-finals of the event, but that was with the +2.4 wind speed, and thus ruled out.

Abdul achieved his personal best of 20.08 seconds at the same tournament, he was placed 3rd in the finals of the event.

Abdul achieved a qualification from the Heats (Heat 6) with a qualification time of 10.09 seconds, he was third in the sprint behind Christian Coleman (USA) & Marcell Jacobs(Italy).

He could only clock 10.15 seconds in the semi-finals. He finished fifth and did not progress to the finals. Christian Coleman, the semi-final winner from Abdul's heats, went on to wind the finals of the event.

The team clocked 37.78 seconds in the heats and bettered it with 37.43 seconds in the finals. The Japnese team won the bronze medal at the event, just behind United States and Great Britain.

Abdul has qualified for the 2020 Tokyo Olympics with a qualification time of 9.99 seconds, he is also the fastest sprinter of Japan, the host nation. (A host nation gets an automatic qualification in events)

(only the standard events) 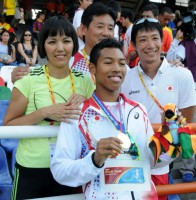 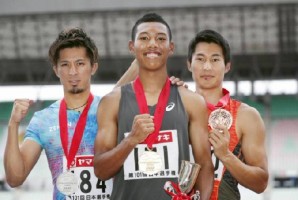 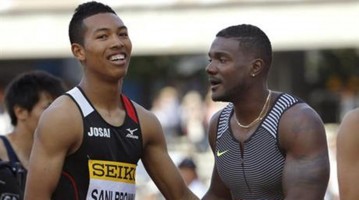 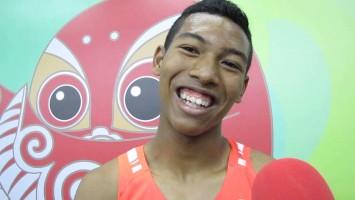 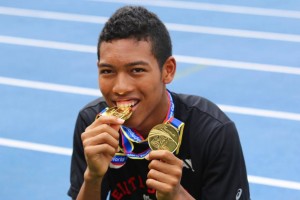 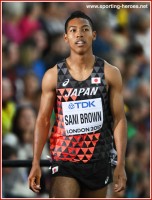 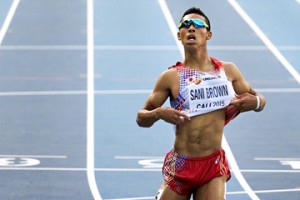 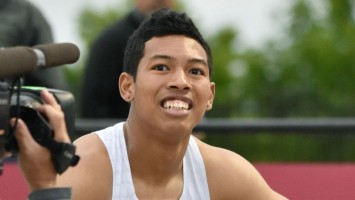