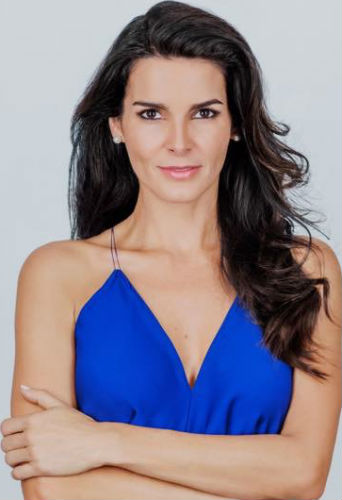 Angie Harmon was born on August 10, 1972 in Highland Park, Texas to Lawrence paul larry Harmon(father) an hospital network executive of Irish-German descent and Daphne Demar Caravageli(Mother) of Greek descent. Both her parents were professional models, they divorced when Angie was a child. She lived with her Mom till the age of 10 and with her Dad thereafter.

Jason Heath Sehorn, a popular cornerback for the New York Giants(1994-2002) and Angie Harmon were introduced by a common friend in 1999 at a Giants football game. (He was previously married to Whitney Casey and had divorced)

The proposal: On 13th March 2000, Jason hid in the background while Angie was the guest of the show 'The Tonight Show' with Jay Leno, during the show he was announced as the surprise guest, he walked down and proposed on one knee. Her answer was "Oh, my God, baby.. YES!"

Wedding: Angie and Jason got married on June 9, 2001 at the Highland Park Presbyterian Church, she wore a strapless white-satin Vera Wang gown with tiara. Jason Sehorn was in his Zegna tuxedo. The wedding was attended by her co-stars and friends like Jesse L. Martin, Gerald J. Ford, S. Epatha Merkerson. 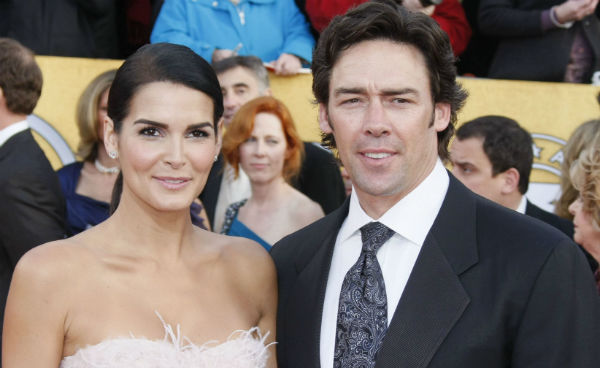 Separation & Divorce: In November 2014 the couple publicly announced their separation, thus ending the marriage of 13 years. They got divorce in December 2015. 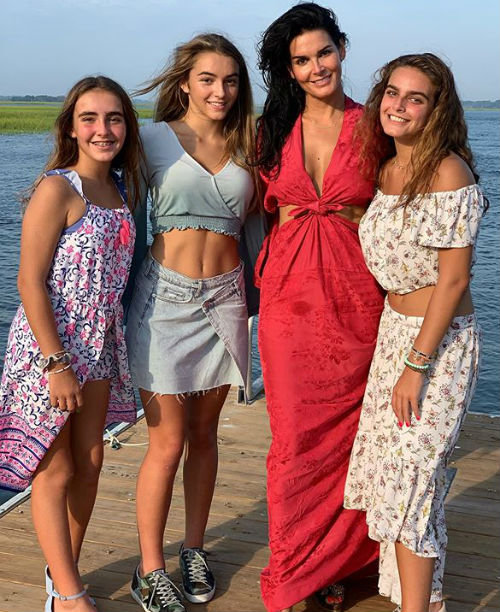 Engagement: On the day of christmas (25th December 2019) when children from both sides (Greg's sons- Landan Reid, Cavan Thomas, Jathan James; Angie's daughters- Emery Hope, Avery Grace, Finley Faith) had gathered for the festival in matching sweaters, Greg bent down on his knees near the stairs & proposed to Angie, which the surprised Angie joyfully accepted.

It would be a second marriage for both Greg & Angie. Greg was previously married to Touriya Haoud. 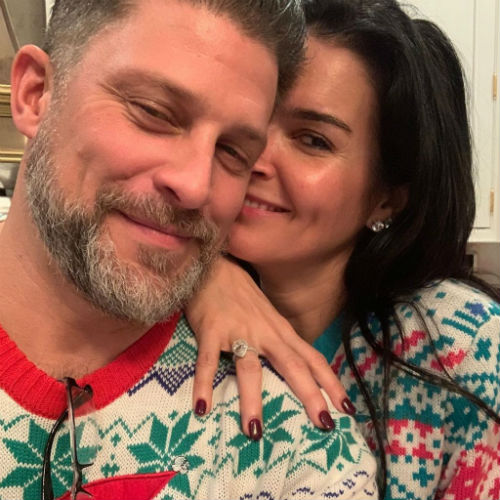 Angie Harmon started her career in modeling at a very young age. She won the modeling contest conducted by the seventeen magazine. She was part of the Drill Team at the Highland Park High School.

Her modeling career took off in the 1990s. She became the face of many brands like:

She has appeared on the cover pages of fashion magazines like-

After her High school she worked in Europe for some time seeking modeling jobs.

TV Debut: Baywatch Nights(1995–1997) marked the beginning of the acting career of Angie in the role of Ryan McBride. She had a recurring main role.

Movie Debut: She had a small role in the fantasy drama Lawn Dogs(1997).

As voice Artist: She became a voice artist with the movie Batman Beyond: Return of the Joker, where she voiced the role of Barbara Gordon.

Music Video: She appeared in the music video "This Ole Boy" by Craig Morgan.

Angie Harmon goes Nude: Five actresses- Ana Ortiz, Angie Harmon, Jill Scott, Gabrielle Union, Zoe McLellan posed naked for the May 2008 version of the Allure Magazine. The pictures were discreet however and not made available to the larger audience.

She has promoted brands such as: 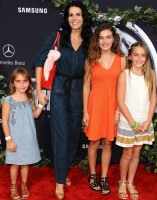 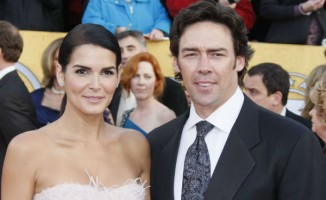 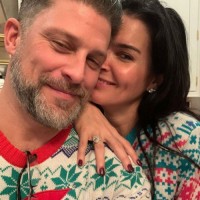 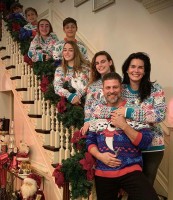 Pregnant Angie Harmon on the SELF magazine cover 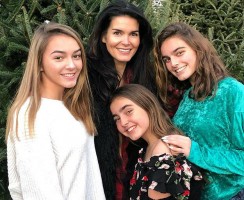 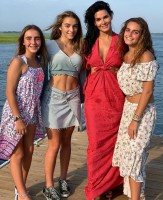 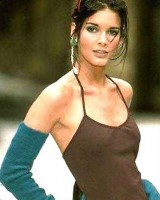 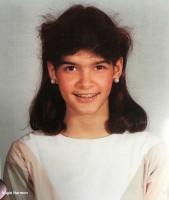