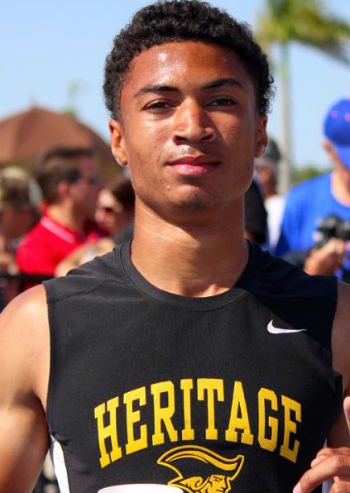 Anthony Schwartz is an American sprinter who runs in 100m & 200m races. He is the world record holder in the under 17 Boys 100m category at 10.15 seconds (he had a previous personal best of 10.17 seconds), he bested the record previously held by Japanese sprinter Yoshihide Kiryū (10.19 seconds). He is the second best in the world junior records with just 0.01 seconds.

Football: He is also a football player and play for his school. He is ranked 33rd in the state of Florida in football.