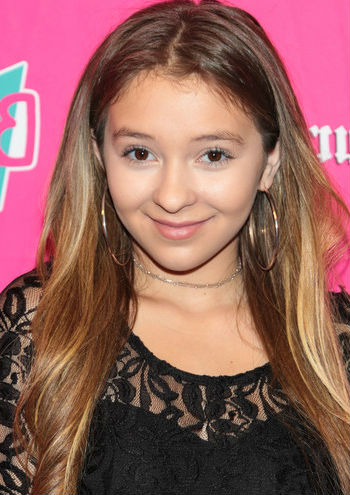 Danielle Cohn is a singer, an Instagram star, a musical.ly superstar and youtuber.

Danielle Cohn aka Dani Chon was born in Florida, United states on May 7th 2004 to Jennifer Archambault(mother)- a school teacher & Dustin Cohn(father).

Danielle's mother Jennifer Cohn was instrumental in Danielle opening social media accounts. Danielle lived with her parents till she was a teenager, her parents are split up now. Her father threw her mother out of the house. Dani and Chad (Jen's son from previous relationship) being close to their mother chose to live with their mother. 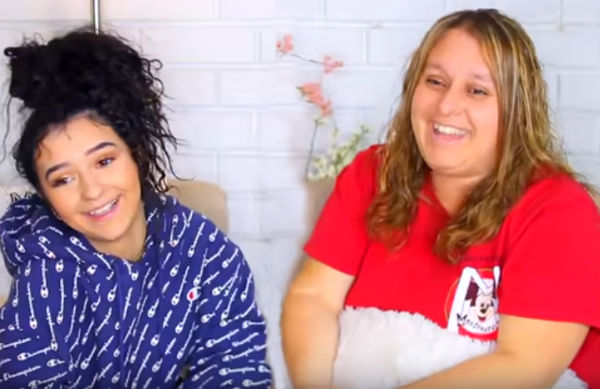 Dustin and Jennifer had broken up some time after Danielle was born. Jennifer, Chad and Danielle lived with Dustin's family for 10 years even after breaking up, for the sake of kids. He has a neuromuscular condition, his mother had been battling cancer. 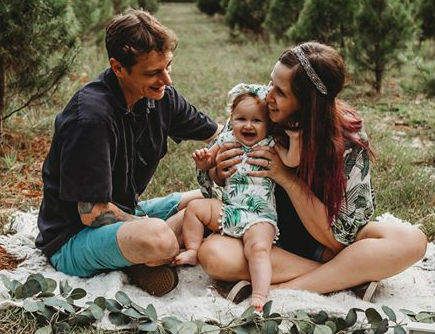 She has a brother named Chad Cohn (older to her by 2 years), Chad is popular on Tik Tok. Chad also appears on Dani's youtube videos sometimes. 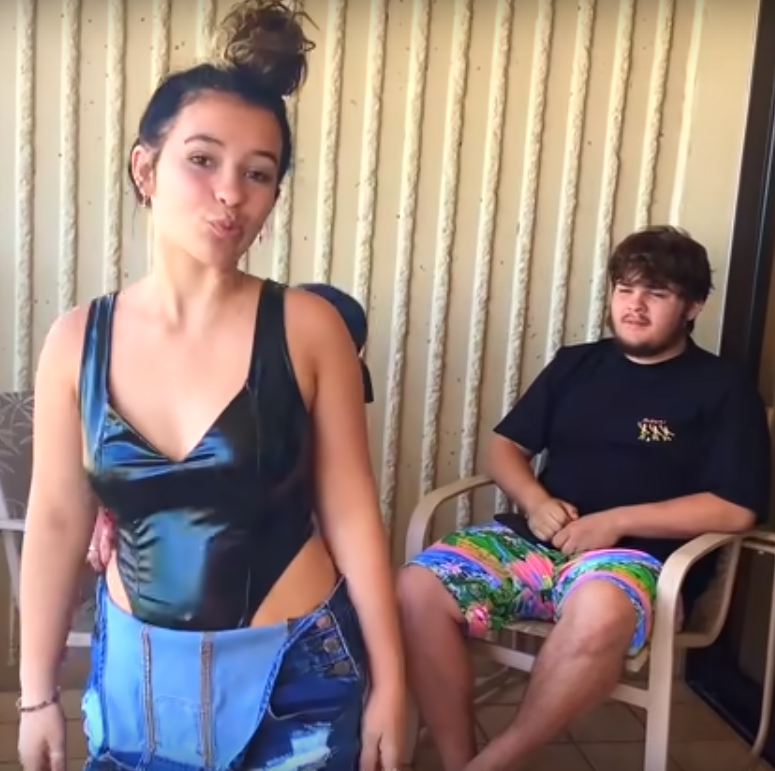 Two days after her breakup with Ethan Fair, she was seen going to prom with Kevin Bruhitz.

Daniel announced in a 19th October 2019 video about her new boyfriend Ethan Fair. They had known each other since 2015, they had been on talking terms since 2016. She had avoided getting close to him previously because one of her best friends had a crush on him.

[ Danielle with her new boyfriend ]

Danielle had been dating youtube and instagram star Mikey Tua. They have posted lot of pranks and entertaining videos together. They got into a controversy because of a fake "pregnancy and marriage" video.

Danielle and Mike had bought a mansion together in 2019 for $1.4 million, it had a swimming pool of its own, a pool table for entertainment, a car garage among other facilities that come with a million dollar house. They had a pet cat. 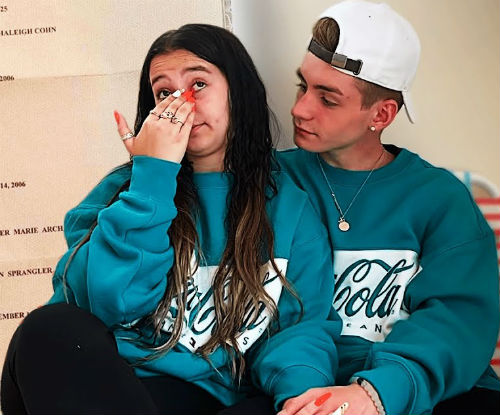 Breakup: Soon after Danielle's father Dustin Cohn revealed her real age to be just 13 (in September 2013), Mike Tua's parents got concerned, they took away his instagram account (to be reinstated later after going through legal stuff) and his mom Katie stated that they were no longer in support of his relationship with Danielle because of her age. [1]

Mikey's dad Delvin Tua posted this on his social media page- "I love my son very much. All I want is for him to be safe with himself and his decisions. As parents, we need to protect him from any harm that might come his way. He wants to get emancipated and I understand that but his emancipation could get him in prison. Dani is not 15."

Following these events, in a video now deleted, Danielle hinted that Danielle and Mike may be back together, that Mike's parents are blackmailing him and holding him.

Danielle and fellow social media star Sebastian Topete dated for over an year till May 2018 when they broke up.

Danielle's Social Media stats as of Feb 2020 are as follows:

Danielle has performed, starred and written lyrics for a number of music videos, most of her music videos are published on her Youtube channel itself.

It is widely believed that Danielle is faking her age, Danielle has stated that she was born in 2004, however her father's facebook post in September 2019 revealed that she was only 13 at the time, that meant she was most likely born in 2006 or in the last months of 2005, not earlier.

Her father wrote this on his facebook post regarding her age "Danielle is 13. I have never liked Danielle being on social media especially when she started at such an early age.."

When asked about her father's post, Danielle replied that he was lying and taking out his anger on her mother through these lies. Danielle and mother have been critical of Dustin's mother for trying to stop Danielle dating much older guys than her.

There is a birth certificate posted online (assumed to be a leak from her father) which mentions her birth date to be March 7th 2006. We can't guarantee that this is a legitimatebirth certificate, nevertheless here it is. 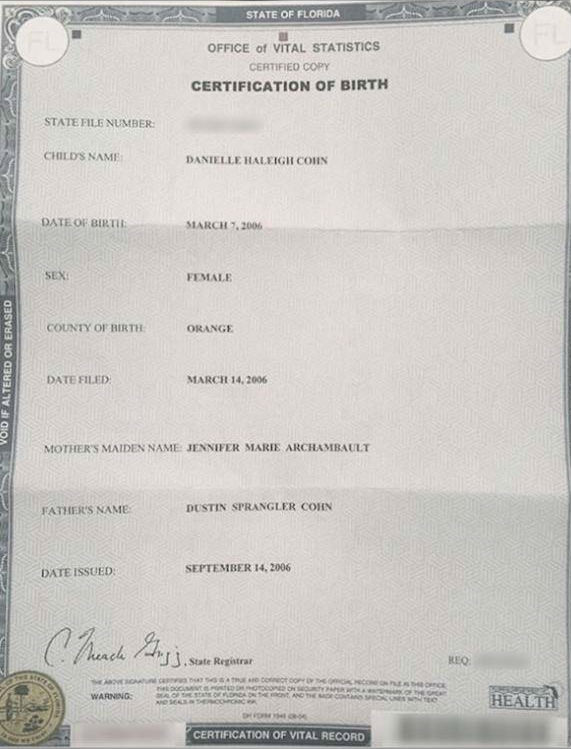 Previously a youtube reporter had done some research through Danielle's school year books to prove that she was still in the 5th grade (in 2019), thus making her to be two years younger than what she actually is. Danielle had made a reply video in which she claimed she was held back two years at school. (As per her father she is a brilliant student)

Dani had a severe eating disorder in her past, she was in the cheer leading team and her coach wanted her to lose some fat, it hurt her and she stopped eating more than bare necessity, it made her weak, she learned her lesson eventually, stopped caring for what other people thought of her.

Danielle posted a video of her getting married to Mikey Tua in 2019 and announced that she was pregnant. It was a prank video, but without explicit mention of the prank some got confused and down voted it, even reported it, she was just 15 at the time and some saw it as over the board.

Some thought that it was in bad taste to show hereslf pregnant at the age of 15, lot of her fans are young girls, it could have had wrong influence on them.

Danielle posted a video of her dancing to "I don't mind" by Usher wearing a Harvard sweater. It became a huge hit with about 2.5 Million Likes. There were some funny videos posted on twitter imitating her dance movies, while presenting what the dance would look like from the perspective of her Right nostril, her ceiling fan and so on.

She had a serious car accident in June of 2018 when she was out with her friends, she was in the middle of back seat without proper belt support, both her shoulders got fractured, but luckily for her, only her right hand was seriously hurt, everyone else managed with very less harm. 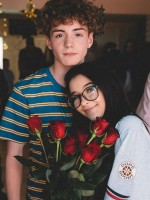 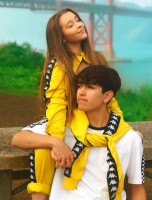 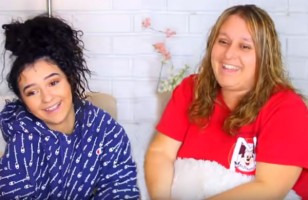 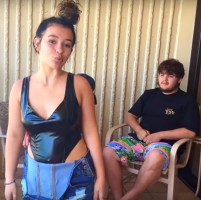 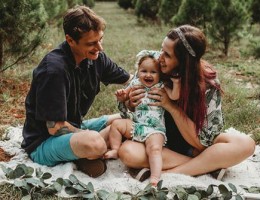 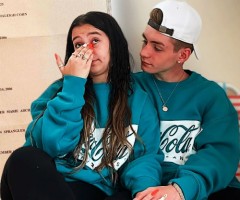 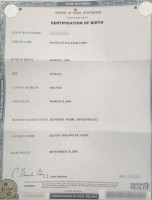