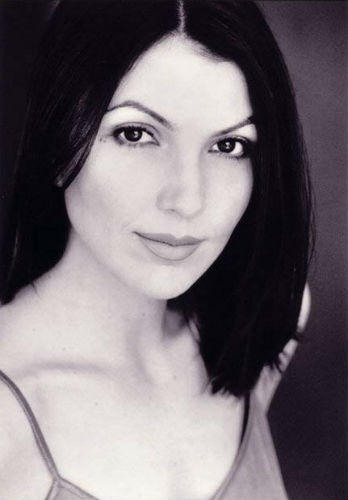 She has written and directed Little Chenier (2006), a multiple award winning movie.

Bethany Ashton Wolf was born in Lake Charles, Louisiana, United States in 1975 to Jane Dennison(mother). She was brought up in Louisiana, she did all her studing in Louisiana. 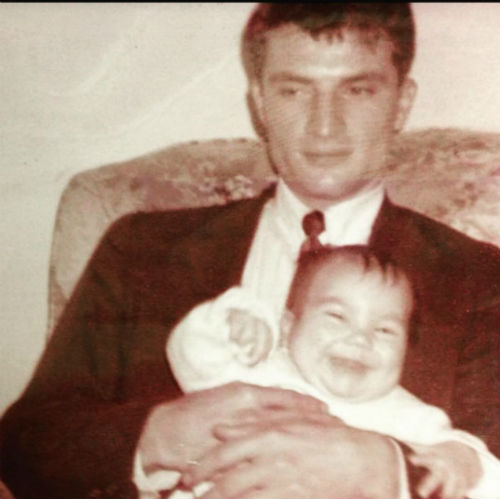 [ Bethany Ashton childhood with her dad ]

Denny B. Dennison is her stepfather. He has helped Bethany and her siblings in their career. He was instrumental in Bethany deciding to go to Los Angeles seeking a career in the film industry. He drove her to Los Angeles himself.

Bethany has a sister in Amy Johnson Marshall, Amy is married to Chris Marshall, they have two daughters in Jane Marshall & Ava Montgomery Marshall. Amy has been supportive of her sister's projects, she has co-produced Bethany's movie Little Chenier(2006)

She has a brother in Jace Johnson, Jace & Bethany have co-written and co-produced the movie Little Chenier(2006)

Bradley Dennison is her half-brother. 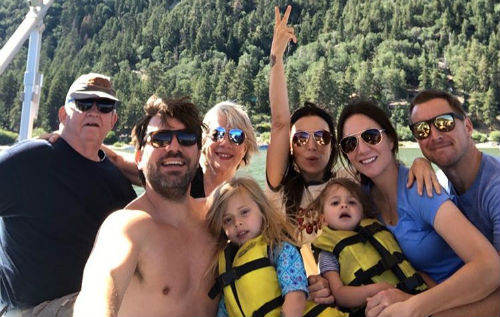 Bethany married writer/ actor & stand-up comedian Josh Wolf in 2004. He is known for his works- "Dads in Parks"(as writer), "Chelsea Lately"(as writer), "Raising Hope"(as actor), "My Name Is Earl" (as actor). He had a show of his own named "The Josh Wolf Show" 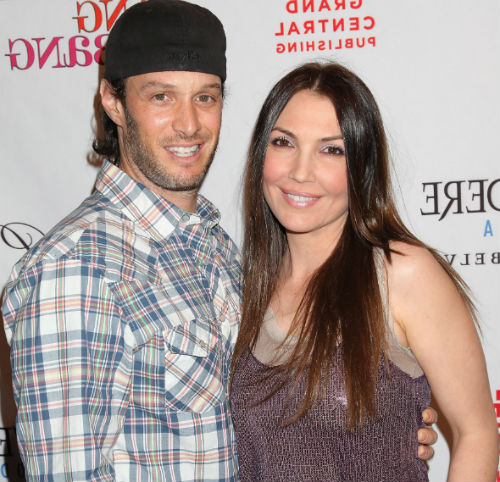 Josh is the author of the book 'It Takes Balls', he covers his trials as a single father at 25 with a daughter and sons.

The two were set up on a blind date by their common friend Mark Schulman. The couple participate in various charity events, they are very much supportive of the troops. 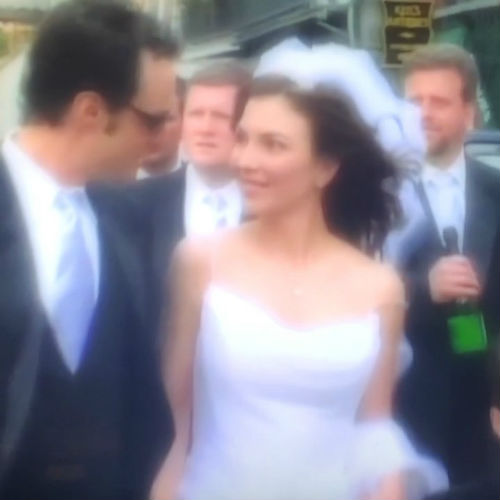 The wedding: Kaitlynn was one of the flower bearers, Bethany's stepfather Denny Dennison walked her to the aisle. 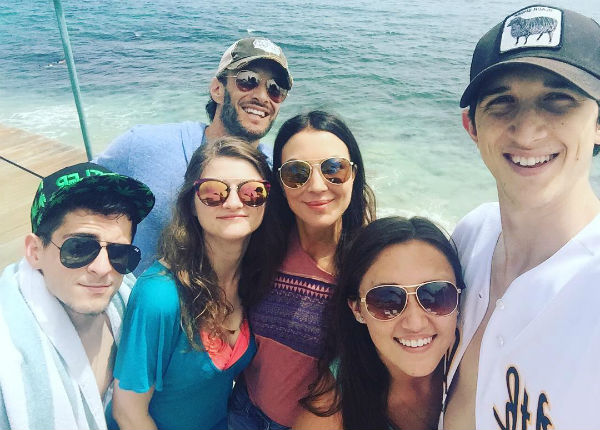 Other than her own films, Bethany has also contributed in the writing department of various films- 'Other People's Love Letters', 'Time Between Us', 'The Pilgrimage of Layla', 'On the 12th Day' and others. 'Bullrider' has her own feature film screenplay. She has written a feature screenplay for 'Love Scene', she has directed a short movie based on that. She has written screenplay for the feature film 'A Letter to Shea', she is expected to direct the movie.

Bethany wrote and directed the romantic drama film (based on the novel by Heidi McLaughlin) in 2018. Alex Roe played the lead actor Liam, while Jessica Rothe played Josie.

The story is about a country musician who tries to revive the relationship with the love of his life (a florist) whom he had ditched at the altar 8 years ago. Liam, the country musician is successful after many years and has a rich life style, he hears the news of his best friend's death in an accident and  returns to his hometown to attend the funeral. Josie, the florist whom he and ditched earlier recognizes him and punches him in the stomach.

While staying at his father Pastor Brian's, he visits the flower shop owned by Josie, he comes to know Josie has a 7 year old girl Billy and that she is his daughter. Liam persuades Josie to let him spend time with his daughter, Billy quickly realizes that Liam is her father and bonds with her father.

Liam confesses that he had left Josie over the fear of losing her, his fear of losing loved ones haunted him after losing his mother, Josie and Liam get back together. Billy finds inspiration in music through her father and joins her father's group as a singer.

Critics were critical of the acting and writing, however the public were quite receptive. The movie did quite well in the box office for a $3.5 million budget project, it grossed about $16 Million in the theaters.

She wrote, directed & produced a short story on the life of actress Vivien Leigh. It starred Caitlin Harris, Sebastian Dunn, Robert Hook, Kim Kendall and others.

The movie was chiefly produced by Clifton Collins Jr.. Bethany's family involved itself in the various aspects of the movie. Her mother Jane Dennison, sister Amy N. Johnson, brother Jace Johnson co-produced the movie. Jace Johnson was also involved with the story writing.

Trivia: The community of Little Chenier they had shot the film on was destroyed by Hurricane Rita just 31 days after the shooting was completed. The movie was shot on a tight schedule, they took just 28 days to shoot the movie.

The film she co-wrote didn't see the release in the USA because of legal litigations (has been released outside). It had stars like Kevin Connelly, Leonardo Dicaprio, Tobey Maguire and others. Bethany has also produced and acted in the movie.

Apparently Leonardo Dicaprio & Tobey Maguire were unhappy with the producers. They were paid a measly $575 per day to act. After a while both the sides reached a compromise, according to the compromise some scenes were cut form the movie and it was only allowed to be released outside the USA.

It is a black and white indie film directed by R. D. Robb. Bethany was one of the writers along with Robb, Tewd Beckman, David Stutman, Dale Wheatley. The movie was received with mixed reviews by the critics. Mike D'Angelo of 'Time Out New York' called it "The best film (he saw) in the Berlin". While Variety Magazine called it "unpleasant and tedious ensemble"

The movie is available on youtube for online viewing 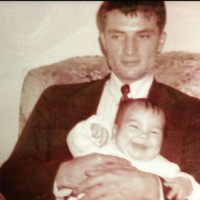 Bethany Ashton childhood with her dad 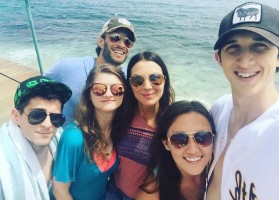 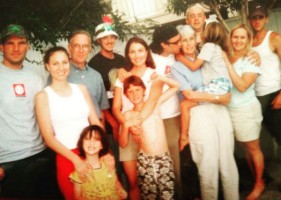 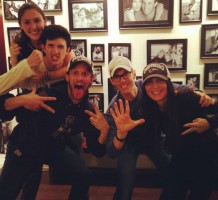 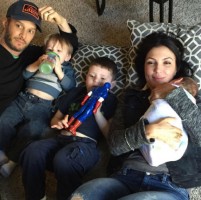 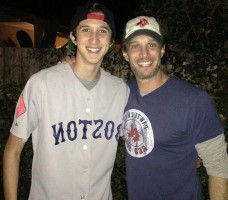 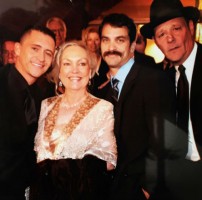 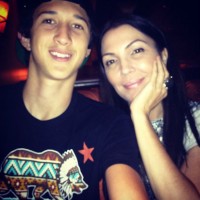 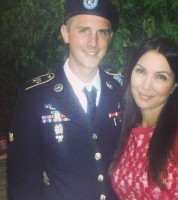 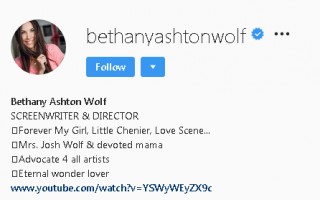 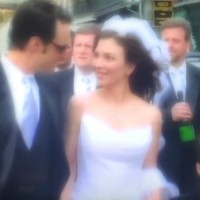 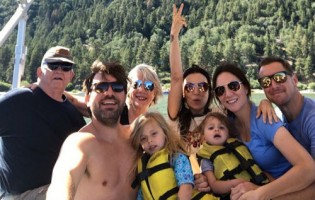