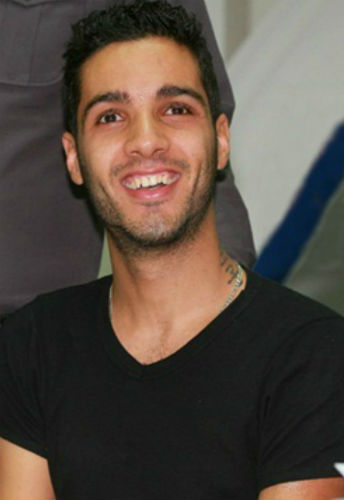 Hamza Bendelladj is an Algerian computer hacker who is known to have hacked the American banks and robbed millions, according to some speculations up to $280 billion. More authentic records estimate the total value of his fraud at $10 Million.

He used Trojan Horse virus to steal the passwords, he would install the virus into other people's computer and steal their login information, and later use it to transfer the money.

He co-created the software called SpyEye, which he is alleged to have stolen the money from the banks. He has also sold the software to other hackers in the market, it was used as a part of Botnet. It is believed that the virus affected as many as 50 million computers. The software is still said to be available on black market for about $10,000.

He used Automated Transfer system (along with Zues Trojan) to transfer the money automatically into his account once the account login information was gathered & the account was hacked.

He was caught by an undercover agent who was posing to be an underground hacker buying the software from Hamza.

Hamza was arrested in 2013 in Thailand, at the Bangkok's Suvarnabhumi Airport while travelling back from Malaysia to his home country Algeria. Unfortunately for him Thailand has extradition treaty with the United States, thus he was transferred to the United States for trial of his crimes, he was imprisoned in the United States on charges of unethical hacking, his case was heard in the court.

Death Rumors: There is no truth to the claims claiming he is sentenced to death. U.S ambassador in Algeria clarified in an Arabic tweet that "There is no capital punishment for computer crimes in the law of United States." Pictures of a public hanging incident from Iran was mistaken for Hamza's execution.

A twitter account supporting Hamza claimed he had donated $280 Billion from Israel and West and had transferred it to Palestinian charities, thus the nickname Robin hood hacker by his fans. It seems to be a claim by a Palestinian supporter and the statement needs to be factually supported.

Some of his supporters from Algeria & the Hacking world around, hacked Air France and Virginia University websites to show their support and demanded his release. #FreePalestine, #FreeHamzaBendellaj hashtags trended on social media in his support.