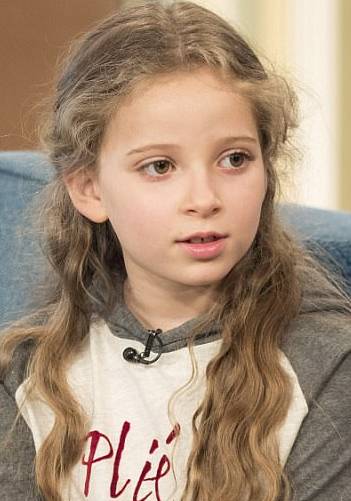 Issy Simpson is a young magician from England, she was the finalist & runner-up in the Briton's Got Talent(2017).

Issy was born on 10th November 2008 in Blackpool, England to Jess Simpson. Her grandfather Russ Stevens is a Magician. She has a younger brother in Dexter. 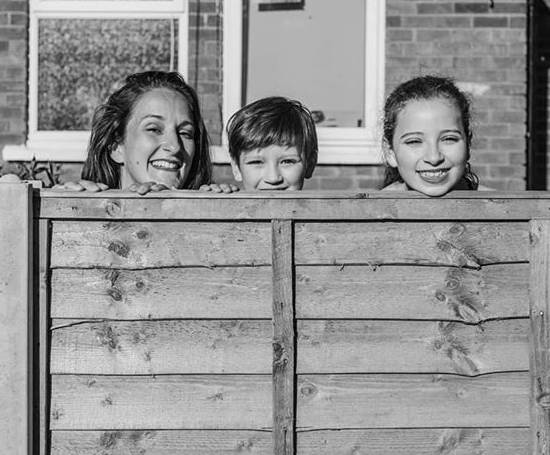 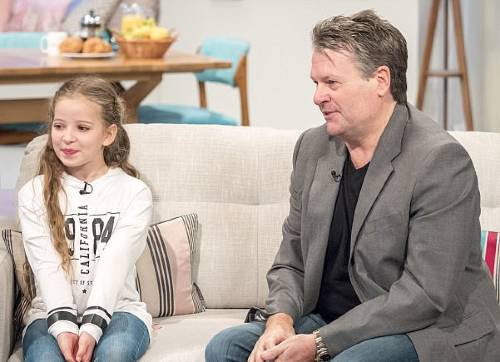 [Issy Simpson with grandpa Russ Stevens on a show]

Issy announced on her youtube channel in January 2020 that she will be teaching Magic online through online courses.

The purpose is to help her fans 'amaze their friends and family' as per the trailer. The course is available on her official website. It is for anyone from 5-95 interested in Magic. The online course for the first year would contain 20 magic tricks.

Issy made her American TV debut with an appearance on Steve Harvey's NBC show 'Little Big Shots' in 2018.

She named "Mathemagical", "The magical faraway" and Steve Harvey's "Jump" as her three favorite books. She asked Steve to pick a word any of the three books, he chose "Radio" from his book "Jump". She had already predicted the word correctly (it was written on the board). She also predicted the card he would pick from the deck correctly.

America's Got Talent: The Champions

She appeared on the fourth episode of the show (aired on  January 28, 2019) as a competitor.

She was in the same pool as 'The Texas Tenors', 'Drew Lynch', 'Paul Zerdin', 'Moonlight Brothers', 'Tape Face', 'The Professional Regurgitator', 'Kenichi Ebina'. She got standing ovations from all of Heidi (Klum), Howie (Mandel), Mel B, and Simon (Cowell). But did not get enough votes to advance to the next round.

She performed interesting tricks. She presented Simon with three of her favorite book, asked him to pick a random word from any page, she correctly predicted that he would choose the word 'excellent'. She predicted that Howie would pick a specific card from the deck of cards.

As revealed by her, her three favorites books at the time were:

She shared that watching the Harry Potter series and her grandfather perform magic tricks inspired her to become a magician.

She performed a card trick on the show. She asked Ellen to choose a card from the deck. Issy opened her coat and revealed that the very card was printed on her T-shirt.

she also did her favorite "random word from the book" trick.

Britain's Got Talent: The Champions

She appeared on ITV's 'Britain's Got Talent: The Champions', episode four (aired on September 21, 2019). Her act was liked very much and she received good applause. However, it was Stavros Flatley & Preacher Lawson(comedian) who made it into the next rounds.

She made a very touching tribute to her late dog. 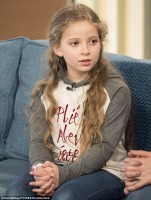 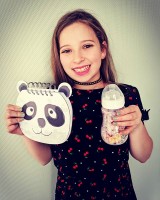 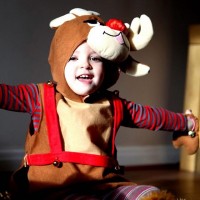 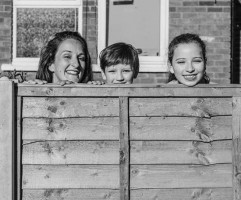 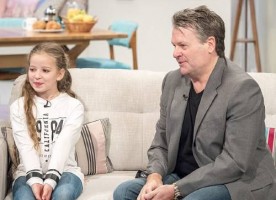 Issy Simpson with grandpa Russ Stevens on a show