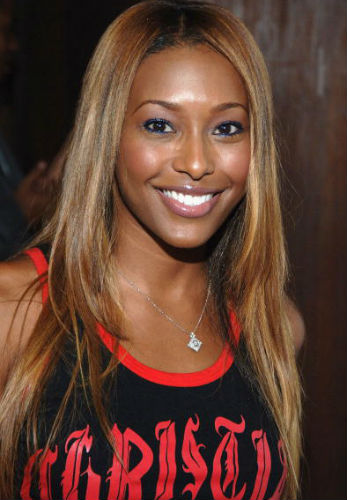 Nicole Narain is an American model, Playboy Playmate and an actress. She was the first playmate of the year 2002. Nicole has been featured in numerous Playboy videos.

She has been the center of attraction in the media as a model; with her athletic & shapely body it is only natural that cameras are pointed at her all the time. She has remained in the limelight through her modeling career, occasional TV appearances & the scandal involving popular actor Colin Farrell.

Nicole Narain was born on 2th July 1974 in Aurora, Illinois to an Afro-Guyanese mother and Indo-Chinese-Guyanese father. Her father is of Chinese-Guyanese and (East) Indian-Guyanese descent. Her last name Narain is of Indian origin.

She was raised by her single mother Rose [2] Narain. Her mother has been very supportive of the actress. When Nicole was going through the tape scandal, her mother stood in support, she said this to the people magazine about Nicole- "She is a strong person, but she is very upset.. Hopefully, it will be over soon."

She has a sister named Mimi Narain and a brother named Mike Narain.

Nicole had a very successful high school life. She was a track & field athlete in her high school days, she was a very popular figure in the high school.

Nicole was the homecoming queen at her high school for two consecutive years.

Nicole was sued by the British/ Irish actor Colin Farrell in 2005 for leaking their private sex tape of 14 minutes length, though the sale of tapes was ordered to be stopped by the court the video had gone viral on the internet by that time. The website was shutdown on the orders of the court. The case was settled outside the court between themselves, limiting the damage to minimum.

Farrell had argued that she had misused the trust with which he agreed to make the video just for themselves, that she had done such a thing because of her contact with some internet pornography site owner (she had tried to sell the recording to the "Internet Commerce Group"). Nicole's friend Candance Smith was also accused of conspiring to sell the tape.

Colin was defended by lawyer Paul Berra in the court. Leodis Matthews represented Nicole Narain. Judge Elihu Berle quashed Narain's appeal to allow the video airing, it was Judge David Yaffe who blocked Nicole from selling or distributing the tape.

In the interviews over the years Colin has confessed to being high at the time of shooting the video (it was shot in August 2002),  He wouldn't have agreed to the idea if he was sober at the time as per the actor. He had tried to keep the video off the internet because he was worried his mother might see it if it is offered at some hotel as a "special" Colin Farrell movie.

Nicole has said that she is upset with the video leak as well as with Colin for making it look like she was the culprit. As far as she is concerned she had not given anyone the permission to publish the video, she has denied Colin's request to have exclusive right over video, Nicole says "It is mine too". She doesn't want to profit of it, but wants her legitimate right over the video. 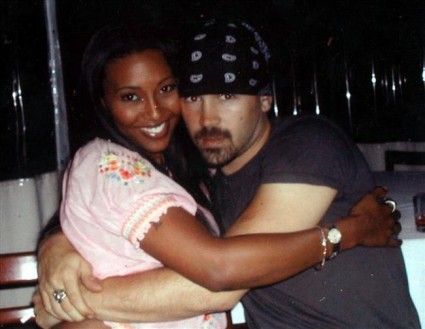 Nicole Narain & Kevin Federline: Nicole and Kevin dated from September 2007 to December 2007 (more of a long fling). Rapper Kevin had come out of his divorce with Britney Spears just recently and wasn't looking for a serious commitment anytime soon, thus the break up, as per a friend of Kevin's.

Nicole and Colin met at a Playboy Mansion party after her being named magazine's miss January 2002, they are both free spirits by nature, they hit it off instantly. They started going out together. Eventually they made a video of their private time together which got them both into trouble afterwards.

over the years she has also dated:

Nicole was spotted at a local bar called Circus by Kevin Kaster, a senior editor at Playboy, the chance meeting opened doors for her playboy career. She was featured in the pictorial 'Girls of Mardi Gras' in the March issue of year 2000

Narain participated in the NBC's playboy edition of the adventure reality show- Fear Factor, but got eliminated after her very first stunt.

Here is the list of playboy editions she has appeared in:

she has appeared in many playboy videos as well, some of them are:

Nicole was part of the first season of the reality show Sex Rehab with Dr. Drew where the experienced doctor Drew Pinsky discussed the issue with the participants and helped them to get over the sexual compulsion. Correlation between alcohol addiction, drug addiction and sex addiction were also discussed, Jennifer Ketcham, James Lovett, Kari Ann Peniche were among the other celebrities  who were part of the show.

In 2009 Nicole Narain appeared on "The Joy Behar Show" where she discussed her sex addiction issues with the expert, this was in conjunction with the Dr. Drew show.

She has appeared in some of the music videos by popular signers and rappers like R.L, LL Cool J, Fabulous and others.

[ Nicole Narain in Luv U Better] 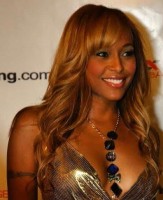