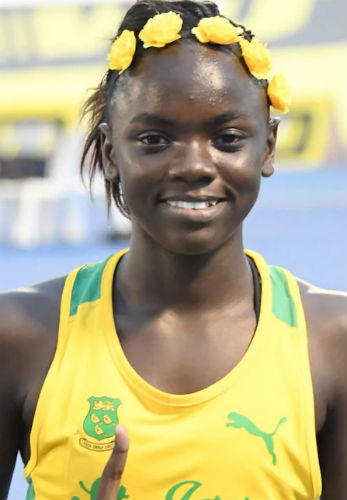 Brianna Lyston is a Jamaican sprinter. She is popular for running the 200m race in world record time  (in U-13 category)of just 23.72 seconds.