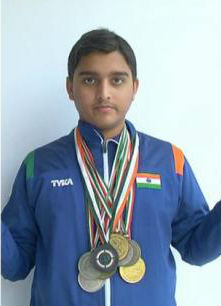 Shapath Bhardwaj is a young Indian shotgun shooter who is popular for his success in the junior international shooting events.

Shapath Bhardwaj's parents are journalists based in Meerut, Uttar Pradesh; his father S Raju Bharadwaj is a journalist, so is his mother. His elder brother Shrey Bharadwaj is also a shooter. 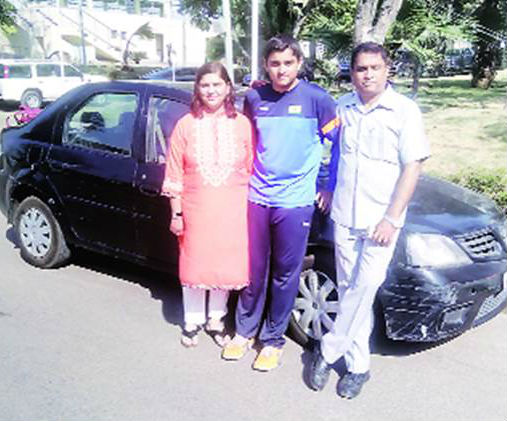 Image: Shapath Bharadwaj with his parents