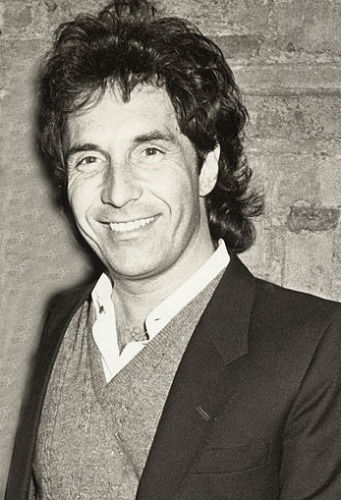 Bill Hudson is an American singer, actor & musician. He is popular for his musical band 'The Hudson Brothers' with his brothers.

He was brought up by his mother, his father left them when Bill was just 6 years old. It is infamously believed that he said: "he was going out for a pack of cigarettes." The mother supported the family with the help of welfare money. 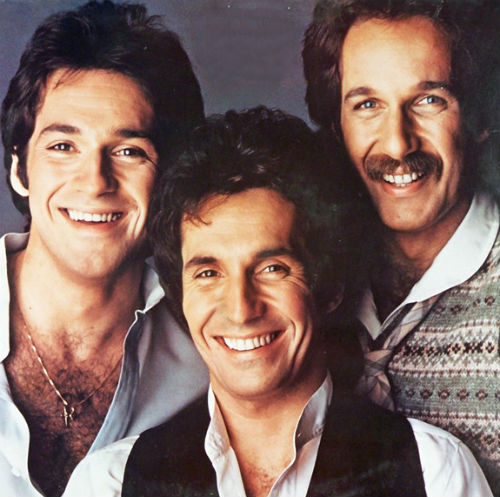 He married Lavinia Lang in 1992, the couple has two children.

Mark Jeffery Anthony Hudson was born on August 23, 1951, in Portland, Oregon. He is the youngest of the Hudson brothers.

Mark is a record producer, songwriter, and musician. He co-wrote the Grammy award-winning song "Livin' on the Edge" for Aerosmith. He is part of the collective called "Boneyard Boys" that works on the creative process of the band Aerosmith

He was previously married to Wendy Gotelee (British dancer), he has a daughter- Sarah Hudson with her. Sarah is a singer and a songwriter herself.

Bill married actress Goldie Hawn in 1976, the couple had two children- Son Oliver Hudson(born in 1976) & daughter Kate Hudson(born in 1979). Bill filed for divorce in August 1980 and the divorce was granted on 9th March 1982. Bill has had an estranged relationship with Goldie's children, Children lived with their mother Goldie Hawn & her partner Kurt Russell. 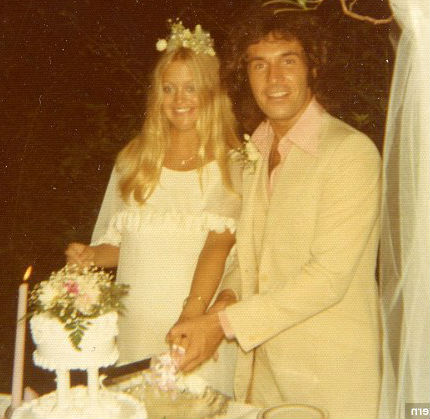 Goldie Jeanne Hawn is an American actress. She was born on November 21, 1945 in Washington, D.C.

Bill married actress Cindy Williams on May 1st, 1982, the two have two children together. They divorced on 15th December 2000. 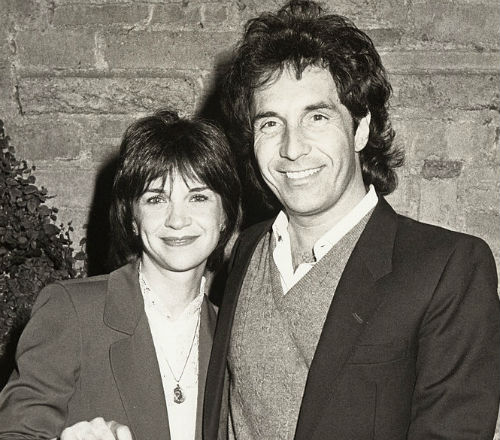 Cynthia Jane Williams is an actress. She was born on August 22, 1947, in Los Angeles, California to Francesca Bellini (waitress) and Beachard Williams (electronic technician). She has a sister in Carol Ann Williams.

The Golden Globe-nominated actress is known for playing roles such as Laurie in American Graffiti(1973), Shirley Feeney (titular role) in Laverne & Shirley (1976-1982), Ann in The Conversation(1974), Laurie Bolander in More American Graffiti (1979) among others.

She has two children Emily and Zachary with Bill.

Bill's first child Oliver was born on September 7, 1976, to Bill and his first wife Goldie Hawn.

Oliver Hudson is an actor known for playing Kyle in Walk of Shame(2014), Kyle Autry in Black Christmas (2006), Ziegler in Going Greek(2001), Martin in "Splitting Up Together", Wes Gardner in "Scream Queens among others.

In an interview to Larry King in 2018, Oliver said that he and his father had started talking after a long time of estrangement.

Kate was married to singer Chris Robinson from 2000 to 2007. The two have a son named Ryder Russell Robinson. Kate was engaged to singer Matt Bellamy in 2011, they had a son named Bingham Hawn Bellamy born in 2011. Kate started dating actor/ singer Danny Fujikawa in 2016, they have a daughter named Rani Rose Hudson Fujikawa born in 2018.

William Zachary Hudson was born on April 9, 1986, to Bill Hudson and Cindy Williams.

Lalania Hudson was born on 2006 to Bill's ex-girlfriend, Caroline Graham.

Two Versions: The Other Side of Fame and Family

In December 2011, Bill released his biographical book about the aspects of his family life, about dealing with fame, his marriages, and divorce.

Bill writes about his estranged relationships with his children, the bitter side of a bad divorce, his own faults, and alienation as a parent and issues mostly related to his family.

He regrets not fighting for custody rights of his children Oliver and Kate. 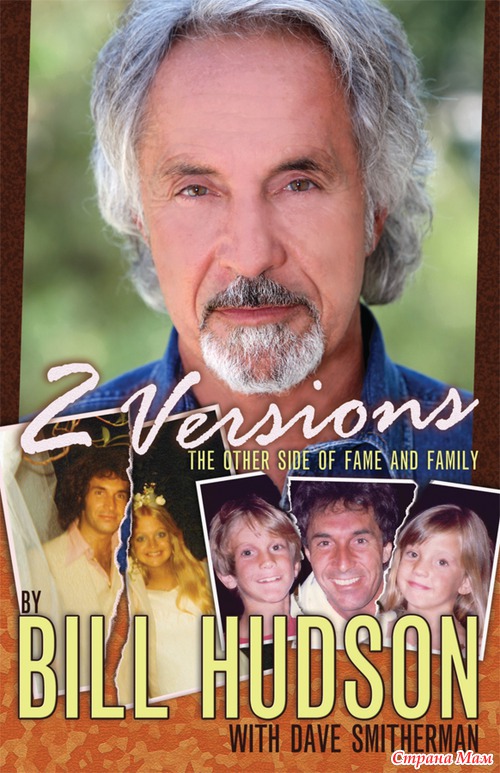 [Two Versions: The Other Side of Fame and Family]

Oliver tweeted 'Happy Abandonment Day' on father's day pointing to his father Bill Hudson(They were rarely in touch with their father), Bill disowned his children Kate & Oliver in an online interview, he said he had only 3 children from that day.

The Hudson brothers- Mark, Brett, and Bill hosted a variety show in 1974, the series was directed by Stan Jacobson and ran for a season with 16 episodes.

Bill worked in the TV series family comedy series directed by his brother Brett Hudson and Mark Hudson. Robert Downey Jr., Micky Dolenz, Timothy B. Schmit, Matt Sorum appeared as themselves in the series. Bill was one of the associate producers of the series as well as the camera operator.

The series wasn't aired, however.

The spoof horror movie was written by the Hudson brothers. Chris Bearde directed the movie.

Bill played Frederic Lansing, w writer waiting to be inspired on his vacation in Oregon. He is stuck in the lighthouse haunted by the ghost of Venetia (played by Julie Newmar), a woman who had killed herself 100 years ago.

Bill's brothers Mark and Brett play scientists (Paul Batton and Fritz Batton) who come to the town to investigate the case. It is a spoof of the 1980 horror movie The Fog by John Carpenter and other horror movies. 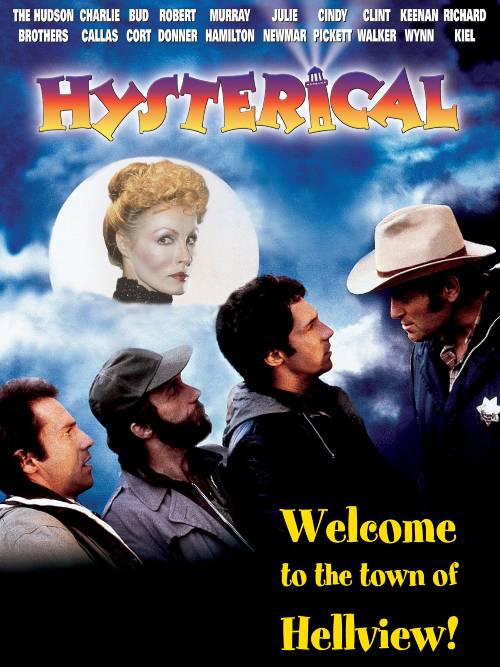 The story revolves around Obidiah Dawkins losing his father to a heart attack and running away from home in pain, meeting new friends, and coming back home.

Bill has appeared on various TV shows, both as a guest and a host. 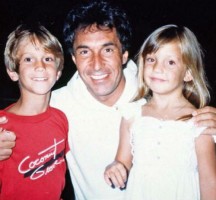 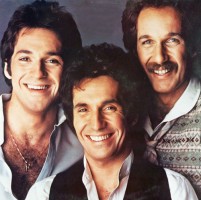 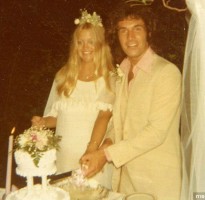 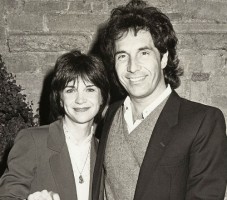 Two Versions: The Other Side of Fame and Family