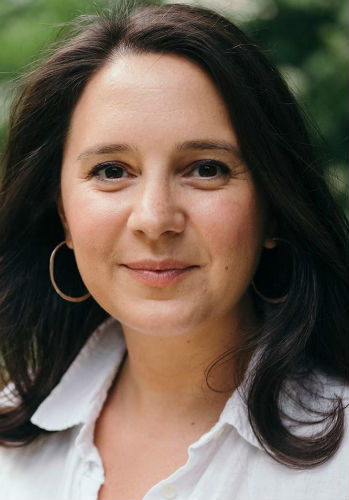 Bari Weiss is an American writer and editor who has worked at The New York Times, Tablet, The Wall Street Journal among other places.

Bari Weiss was born on 25th March 1984 to Lou Weiss (Father) and Amy Weiss(Mother), a Jewish couple in Pittsburgh, Pennsylvania, United States. She was brought up in Squirrel Hill, Pittsburgh.

Bari's father Lous is a carpet businessman, a conservative by ideology, and has contributed to op-eds in newspapers including 'Journal'. He was the leader of the congregation at the Pittsburgh 'Tree of Life' synagogue there for some time.

Bari's mother Amy is a liberal. Bari was brought up in an open environment where she could learn both sides of the argument and yet have her own opinions different from her parents.

Amy worked for the Kaufmann's Department Store, she used to buy makeup items for them. She later quit her job there and joined husband Lou in the family carpet business.

She is one of the 4 daughters of her parents. Four sisters in the order of their ages are: 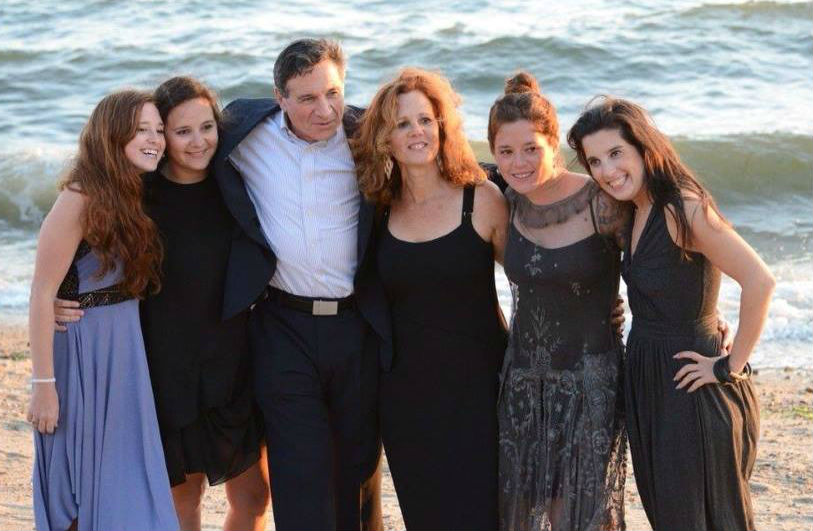 The family wasn't brought up very religious, but in touch with their Jewish roots. They would attend synagogue on Yom Kippur and never missed 'Shabbat dinner'

Her parents cultivated a love for writing in her by encouraging her to keep journals, they paid her $5 as a child to read a book and write a review on it. Even when she did something wrong, they would punish her in ways that would help her literary skills positively, by making her write a lengthy apology letter. [3]

Bari had married Jason Kass, an environmental engineer who founded 'Toilets for people' (the company designs waterless and cheap toilets, it makes toilets affordable in the developing world) in 2013.

Bari and her fellow Columbian student Kate McKinnon had an on and off relationship going for some time.

Kate McKinnon is an actress who is popular for her impersonations of the likes of Hillary Clinton, Nancy Pelosi, Jeff Sessions, Kellyanne Conway and others on 'Saturday Night Live'. The two remain friends.

She calls herself a part of Liberal Zionism. She has been to Israel and has spent her time studying and helping people.

Nativ College Leadership Program in Israel:  After her High School years in the USA she took a year gap from the regular studies and attended the Jewish program in Israel for a year.

Dorot Fellowship in Israel(DFI): Bari spent two years after her Graduation in Israel from 2007 to 2008

She helped build a clinic for Bedouin people (nomadic Arabs) in the Negev desert. She studied at a yeshiva and Hebrew University of Jerusalem. She studied musical theater at the university.

She has been critical of Bibi Nethanyahu's govt. policies in Israel.

Bari resigned from her job as a New York Times columnist through a letter, she cites "Bullying by the colleagues" and "Illiberal environment" as the reasons for resignation.

Speaking of the work environment, the mindset of her former colleagues, she said: "... of those living in a distant galaxy, one whose concerns are profoundly removed from the lives of most people." [2]

In her critical letter, she compared the New York Times to Twitter in their catering to the outraging industry, "Stories are chosen and told in a way to satisfy the narrowest of audiences, rather than to allow a curious public to read about the world and then draw their own conclusions... If a person’s ideology is in keeping with the new orthodoxy, they and their work remain unscrutinized. Everyone else lives in fear of digital Thunderdome. Online venom is excused so long as it is directed at the proper targets."

Bari supported the 'Letter on Justice and Open Debate' published on Harper's and signed by leftist-liberal intellectuals criticizing the cancel culture, intolerance, and stifling of freedom of expression in general on the liberal side.

She was moved by the Women’s March of 2017, she felt it was a necessary response to Donald Trumps' attack "against the weakest and most vulnerable" sections of the society.

She, however, was concerned that two of the top four leaders were appreciative of antisemites like Louis Farrakhan. The movement saw splits along the lines Bari had cautioned.

She wrote an opinion piece titled "The Limits of 'Believe All Women'" where she cautioned that believing all women might turn out to be counterproductive to the future of the movement. [3]

Bari is skeptical of the campus activism, she is of the opinion that it is being used carelessly sometimes by the students to tar their professors as fascists. [3]

In her opinion, "cultural appropriation" cries are "un-American". A world without cultural exchanges is a "pleasureless, gray world” in her opinion. She is fo the opinion that everything good about America comes from the mixing of cultures. According to her, to oppose cultural mixing would be to restrict people to the lanes of their birth. [3]

The Tree of Life Synagogue

Bari was a frequent visitor to 'The Tree of Life Synagogue', she had her Bat Mitzvah there. After the 2018 Pittsburgh synagogue shooting at her synagogue, she talked about it on Bill Maher's show. She personally knew many of the victims of the incident.

She criticized the 'Right-wing' Jews that supported Donald Trump:

"I hope this week that American Jews have woken up to the price of that bargain. They have traded policies that they like for the values that have sustained the Jewish people and frankly this country for forever: welcoming the stranger, dignity for all human beings, equality under the law, respect for dissent, love of truth. These are the things that we’re losing under this president. And no policy is worth that price"

How to Fight Anti-Semitism

[How to Fight Anti-Semitism- Bari Weiss]

Bari published the book in 2019 to discuss anti-Semitism in the USA. Antisemitism used to be prominent only in the Middle East and to some extent in Europe. In the United States, it was limited to the hard-right factions. Now with far-left joining the group of antisemites, antisemitism seems an inevitable possibility even in the USA. Bari discusses the problems and possible solutions in the book. 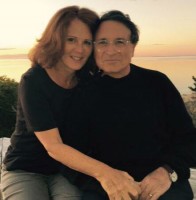 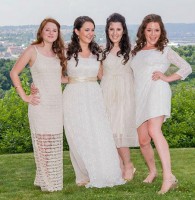