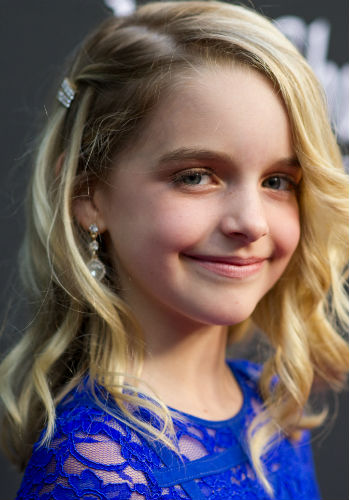 Mckenna Grace is an American actress, known for her roles in Crash & Bernstein (as Jasmine Bernstein), The Young and the Restless (as Faith Newman), Gifted(as Mary Adler), I- Tonya(young Tonya), Designated Survivor (Penny Kirkman), Dog With a Blog, K.C. Undercover. 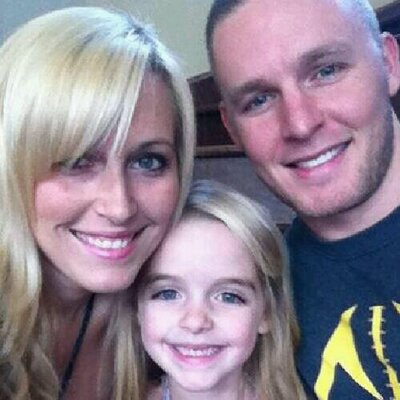 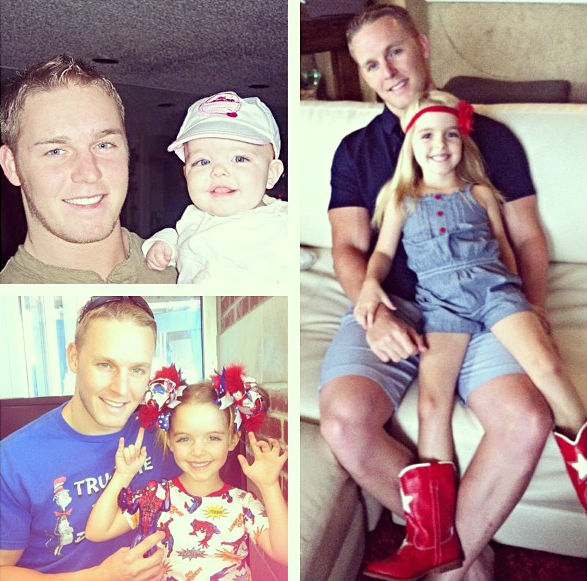 Mckenna Grace Playing "Young"- a song written by her

In an interview in 2017 McKenna Listed these as her bucket list items:

She likes to read books, once she read about 15 books in just 4 months: [6], Her favorites in bold

On her 5th birthday Mckenna's grandparents gifted her DVDs of classic movies of Shirley Temple. It inspired Mckenna to become an actress.

Mckenna Grace started her career in TV at the age of Six, She has appeared in Movies, TV series, TV shows, Commercials and Ads.

Mckenna made her debut in TV as Jasmine Bernstein, the youngest of Bernstein family in the show Crash & Bernstein(2012-2014).

Movie Debut: Mckenna made her debut through the short movie R(2012) in the role of Young Wiley. Later in 2013 she played the role of Hannah Palmer in Goodbye World.

Mckenna has largely played younger versions of adult lead actresses in movies. In a few projects she has worked as a little girl with full roles

Troop Zero- She plays Christmas Flint daughter of Ramsey Flint, she is a spunky outcast who with her group infiltrates a strong Birdie scouts youth group and tries to win the talent show, with the intention that her dead mother would hear her if her message is recorded on the NASA's Golden Record (which was believed to be the prize for the talent show winner)

Young Sheldon- She has appeared in the role of "Paige"- another 10 year old genius in the Series whose parents are getting divorced. A friend of lead character Sheldon (Iain Armitage). She has appeared in the Episodes- "Body Glitter and a Mall Safety Kit", "A Stunted Childhood and a Can of Fancy Mixed Nuts", "Carbon Dating and a Stuffed Raccoon", "A Rival Prodigy and Sir Isaac Neutron"

She plays the younger version of Sabrina Spellman in "Chilling Adventures of Sabrina", older version is played by Kiernan Shipka.

The Haunting of Hill House- She plays the younger version of Theodora Crain, whose adult character is played by Kate Siegel. Theodora is a perceptive young girl who can feel others' feelings and sense supernatural occurences, she is the daughter of Hugh Crain (Timothy Hutton) & Olivia Crain (Carla Gugino). Lulu Wilson, Paxton Singleton, Julian Hilliard, Violet McGraw also appear in the series in young roles.

2017 was one of the highlight in her career with great projects like Gifted, I- Tonya winning her critical acclaim in the same year.

I, Tonya- Mckenna played the role of Young "Tonya Harding" in the movie, she trained in Ice-skating for the role. McKenna plays the 8-12 year old Tonya, Maizie Smith played the 3 year old Tonya while  Margot Robbie played the adult Tonya

Amityville: The Awakening- She plays Juliet Walker- the daughter of Joan Walker and sister to Belle Walker & James Walker in the supernatural horror movie. Jennifer Jason Leigh, Bella Thorne, Cameron Monaghan, Thomas Mann played the lead roles. Her character Juliet is chased by brother James to be killed, which she escapes with the help of her older sister.

She plays Arden, the crush of Hugo (Raphael Alejandro) in "How to Be a Latin Lover". Eugenio Derbez, Salma Hayek, Rob Lowe, Kristen Bell plays important roles in this comedy drama.

Gifted- She plays Mary Adler, the Gifted young child who is dragged in a tussle for guardianship between her uncle and her grandmother in this Drama movie. She has the main role in the movie, she has also performed in the song "Shame, Shame, Shame". Chris Evans, Lindsay Duncan, Jenny Slate, Octavia Spencer appear in main roles.

Designated Survivor- McKenna plays Penny Kirkman, daughter of president Tom Kirkman and his wife- lawyer Alex Kirkman. She has a brother in Leo. The role is recurring but has very less to add to the story than being daughter of the president.

She voiced "Bella" from Elena of Avalor. She plays a small role in Steven Spielberg directed "Ready Player One"

She voiced Kambuni in the animated series "The Lion Guard"

Appears as Didi in Bizaardvark

Once Upon a Time- She plas the younger version of lead character Emma Swan(Jennifer Morrison). She makes appearances in the episodes- "The Song in Your Heart", "Awake", "Tougher Than the Rest", "The Dark Swan". Lana Parrilla, Robert Carlyle, Jared Gilmore, Jennifer Morrison, Ginnifer Goodwin can be seen in the lead roles

She was "Quinn" in the Zendaya starring detective series- K.C. Undercover

Had a tiny role in "The Bridge" episode- "Eidolon"

The Young and the Restless- Has appeared in the series as Faith Newman, appears in more than 50 episodes

Goodbye World- she played Hannah Palmer, the daughter of James Palmer(Adrian Grenier) & Lily Palmer(Kerry Bishé). It is a comedy drama about the life of a man moving off the grid

She played Chloe in the "Hamletta" episode of "The Goodwin Games"

Crash & Bernstein- She plays Jasmine Bernstein, the sister of Amanda (Oana Gregory), Wyatt (Cole Jensen) and Cleo Bernstein (Landry Bender). She is the youngest of the family. She is known for her tantrums and extraordinary intelligence

Mckenna Grace with her puppy 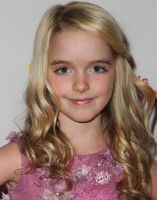 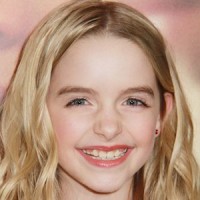 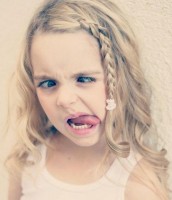 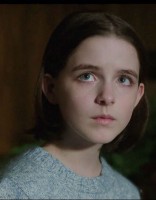