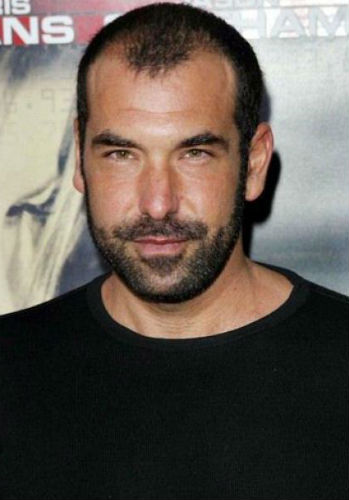 Richard Edward Hoffman was born on 12th June 1970 in New York City, The United States to Jewish parents Gail Hoffman & Charlie Hoffman (married in 1967). He was brought up in Roslyn Heights, New York along with his younger brother Jeff Hoffman.

High School: Rick attended 'The Wheatley School', a public high school for children of grades 8-12, it is located in Old Westbury, New York, and is part of the East Williston Union Free School District. 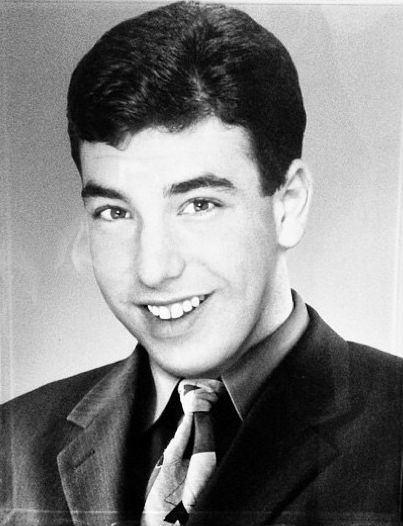 Bachelor's degree: Rick graduated from the University of Arizona. Rick was a member of the Jewish Social Fraternity Zeta Beta Tau (ZBT) while in college.

Rick's mother Gail Hoffman is a fan of movies. She has visited Rick on the sets numerous times. Sometimes she has been caught on the tape accidentally. She was caught in the background while trying to take a picture in the legal drama 'Philly'. [2]

Rick has a son (born in December 2014; it is not disclosed who is the mother), Rick lives in Los Angeles with his Son. 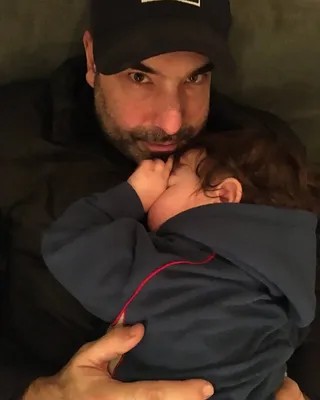 [Rick Hoffman with his son]

Soon after his graduation, Rick moved to Los Angeles California on July 10th, 1992 to seek a career in acting.

His first audition for a role was in a Razor commercial, he lost the gig because he wouldn't take off his shirt.

Rick played a 'Mugger' in the 1990 family comedy TV movie Just Perfect(1990). Next, he appeared as the 'Pizza Man' in the adventure comedy TV series 'Masked Rider'

He had a string of minor roles throughout the 1990s. He played a Photographer in the NBC action-drama series 'The Pretender' (episode: Exposed, s2e4). In Marc Lasky's comedy movie The Fanatics(1997), he played the role of a Protestor. In Johnny Skidmarks(1998) he appeared as a bartender.  As a clerk in the movie Border to Border(1998), and as a Port Police Officer in Lethal Weapon 4(1998).

He played Tino Scarlatti in the episode "Big Top Val' of the series "V.I.P.". He acted as "Benji Brickman" in an episode of the series "Providence". In the 2000 sci-fi comedy movie "What Planet Are You From?" he played the role of a doctor.

In the comedy action movie A Better Way to Die(2000) he played the role of Regis. He appeared in a couple of short movies- Looking for Bobby D(2001) (as Richard) and The Agent Who Stole Christmas(2001) (as Rich Green)

Rick used to wait tables until his breakthrough in The $treet (2000). He worked as a waiter for 9 years until he started making decent earnings through his acting gigs.

In the Fox TV series The Street, which ran from November 2000-December 2000, Rick played Freddie Sacker, one of the employees of a small brokerage house "Belmont Stevens" in New York City. 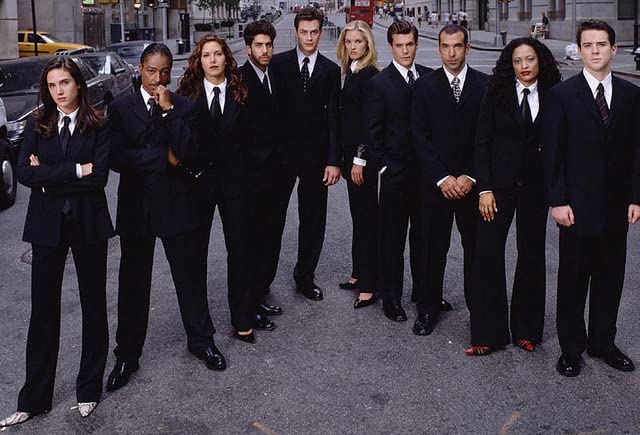 [Rick Hoffman and the cast of The Street]

In the TV series "Andy Richter Controls the Universe" he played Anrich in the pilot episode. Then came another biggie Philly.

In the ABC legal drama centered around defense attorney Kathleen Maguire (Kim Delaney), a single mother and a partner in a law firm, Rick played ADA Terry Loomis, an attorney who regularly fights against Kathleen in court. He is frenemies with her.  He appears in all 22 episodes of the series, the series was taken off air after that due to low ratings. 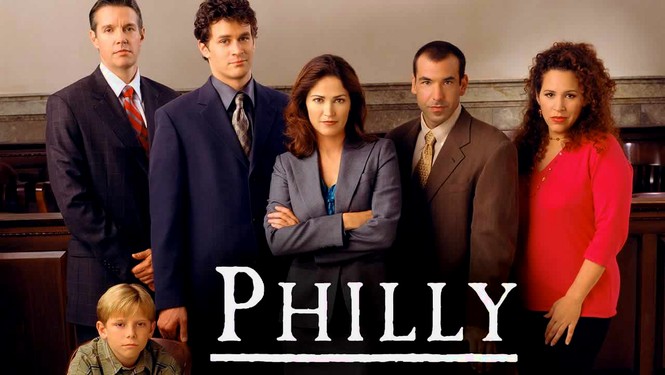 [Rick Hoffman and the cast of "Philly"]

In the crime drama Blood Work(2002) he played James Lockridge. In the series "Crossing Jordan" he appeared in an episode as Phil Berman. He played Capt. Terlesky in the 2003 TV movie The Partners. In I Love Your Work(2003) he played Louis.

In the 2003 comedy romantic tv series "Miss Match" starring Alicia Silverstone and Lake Bell, he played Kate Fox's (played by Alicia Silverstone) Auction Date. In the short movie Farm Sluts(2003) he acted in the role of Rick. In the series "Without a Trace" he appears in an episode as "Gary Moscowitz".

In the series "The Practice" he appears as D.A. Harvey Clarke in 3 of the episodes (season 8 episodes 13-15). In the climate disaster movie The Day After Tomorrow(2004) he appears as an uncredited businessman on Bus.

CSI Miami: He appears twice in the series, 6 years apart between the episodes, playing 2 different characters- as Bruno Gomez in 2003 in the episode "Bait" (s2e9) and as Darren Ripley in 2009 in the episode "Hostile Takeover" (s8e2)

In an episode of the series "Monk", he appears as Agent Colmes. In the movie Cellular(2004) he plays a lawyer. In the short movie, Our time is up(2004) he plays a Gay man. In the TV movie Paradise(2004) he plays Clark Cavanaugh. In the 2004 horror film by Eli Roth, he played the The American Client.

In the ABC sitcom series Jake in Progress, revolving around the main character Jake Phillips (played by John Stamos) he played Patrick Van Dorn, a performance artist. He appeared in 20 episodes of the series. 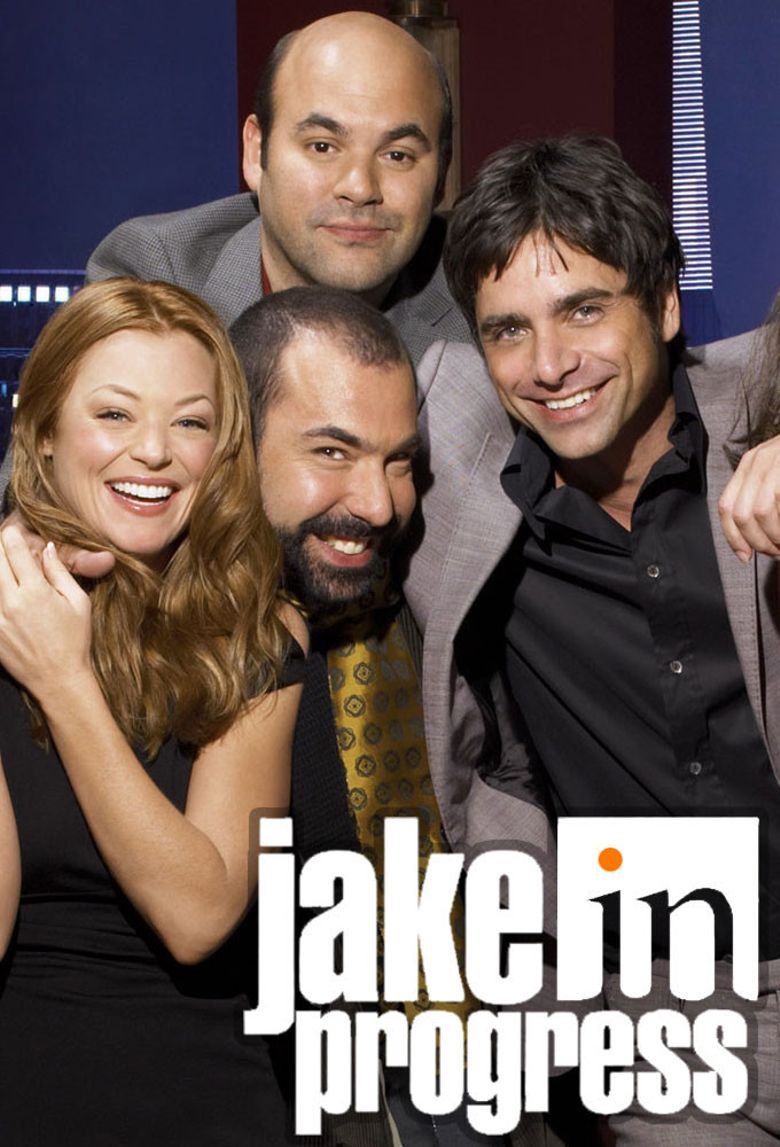 [Rick Hoffman in Jake in Progress]

In the movie Smiley Face(2007) he played Angry face. In the series "Shark" he played Sam Harris in an episode.

The character Louis Marlowe Litt initially has a grudge against Harvey Specter the protagonist of the show, they become best friends eventually. Litt eventually goes on to become a partner of the law firm with his tricks. Louis is married to Sheila Sazs and has a daughter named Lucy Litt with her. 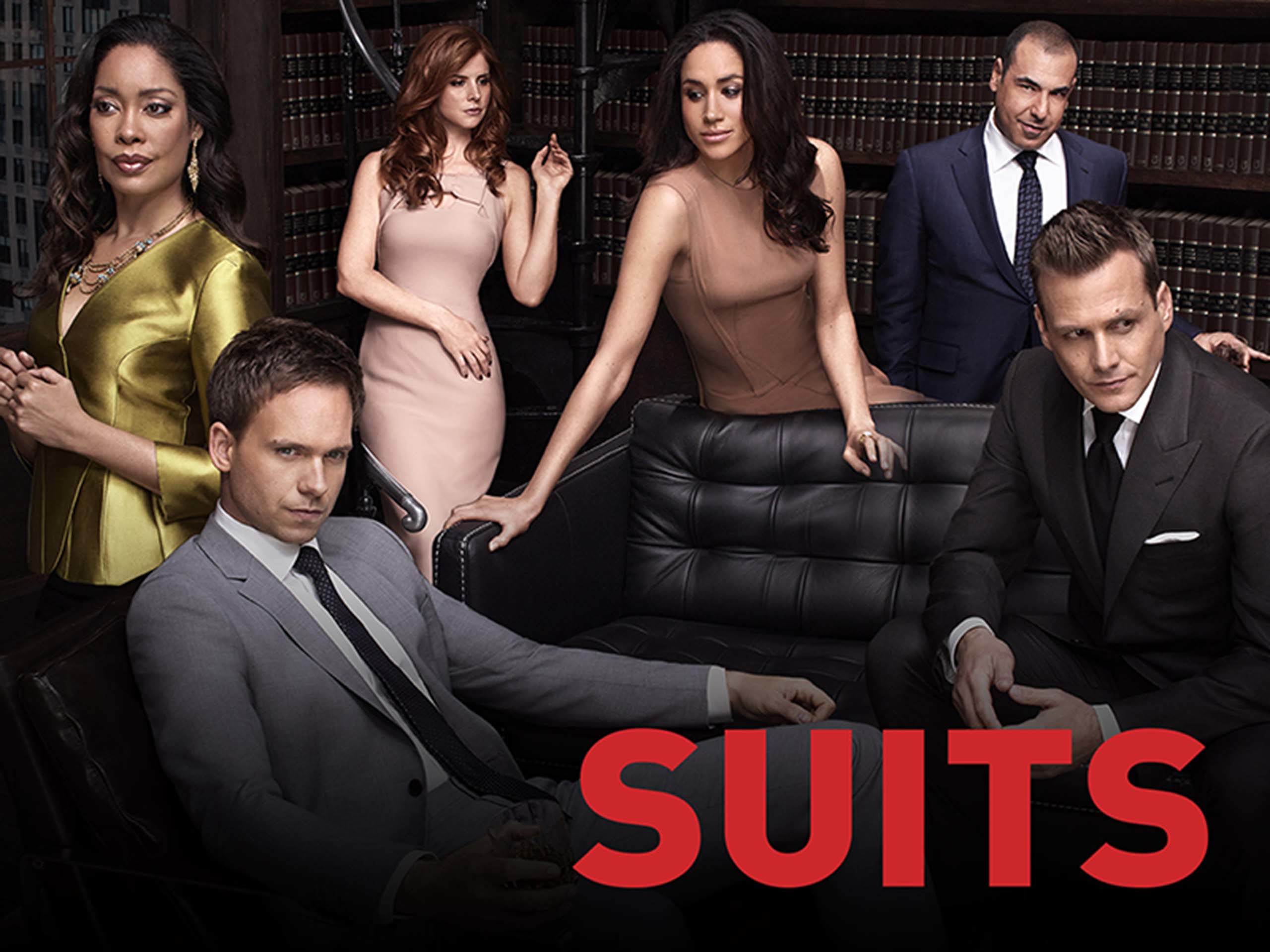 Billions: He made his first appearance in the TV series Billions as Dr. Swerdlow, an unorthodox medical man in season 5, he has a recurring role that continues beyond the fifth season. 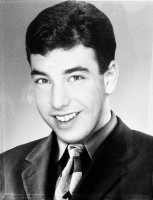 Rick Hoffman young at the age of 17 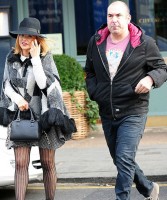 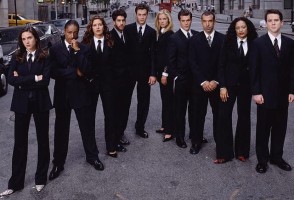 Rick Hoffman and The Street cast 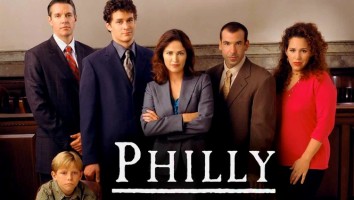 Rick Hoffman and the cast of "Philly"

Rick Hoffman in Jake in Progress 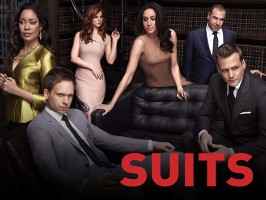 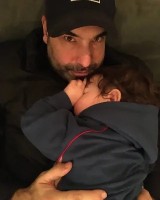 Rick Hoffman with his son