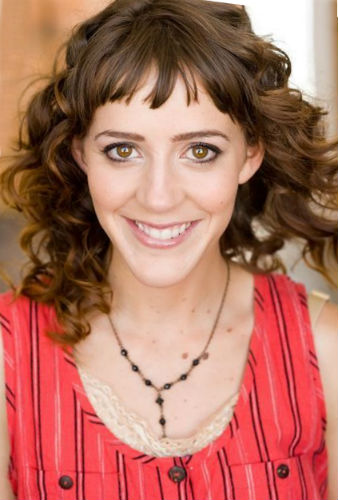 Abby Miller is an American TV & movie actress, writer, producer. Abby is most known for playing Ellen May in FX series Justified (2011-2015).

She has recently appeared in Crime mystery series "Home Before Dark" as Bridget Jensen.

Abigail Miller was born in Clay Center, Nebraska, United States. Clay Center is a small town with 800 people and no stoplight.

Her father was a professor in the college of education.

Abby moved to Los Angeles in 2003 after her graduation from UNL. She had previously planned to go to New York but convinced otherwise by a friend she met at a workshop.

Abby Miller along with her friend Jen Trani formed a folk-pop musical band in April 2005 and has toured the United States. It is based in Hotel Café, Los Angeles. Jen Trani is a guitarist.

She had previously appeared in musicals and had always liked singing at Karaoke. But hadn't tried her hand at the music before this.

Abby had put an ad for a guitarist, Jen Tran was the only one who answered it, the two met and started writing songs within the first two days of the meeting, the two played their first song in the first month itself, at a coffee shop in Studio City.

The band released their first CD "Cannot Rearrange" in December 2008. Actor Ryan Gosling was one of the guests at the releasing event. 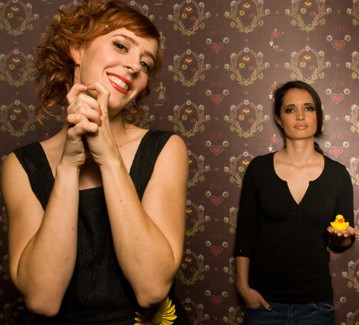 In the FX western crime series Developed by Graham Yost on Elmore Leonard's short stories, Abby has appeared Ellen May, a not so bright prostitute who works at Audrey's in seasons 2,3,4,6.

Abby appears in about 16 episodes of the series.

The plot is about four crime-fighting superheroes who are forced to live in a rented apartment together so that they can save rent, they are struggling in life without steady pay, they are called deadbeats everyone. Unlike the millionaire Playboys who just dress up and pose to be crime fighters, these are actually crime fighters who are now forced to do a victimless heist in order to support their livelihood.

The superheroes in their attempt to make easy money, discover that it is not that easy to actually be a villain.

The series won Best Ensemble Cast award at the HollyWeb Festival, Best Writing in a Comedy award at the IAWTV Awards, Best Action-Adventure Series award at the Vancouver Web Fest among other nominations and wins.

In the anthology crime series "The Sinner" based on Petra Hammesfahr's "The Sinner", Abby plays the role of a police sergeant Caitlin Sullivan.

She appears in 8 episodes of the series (season 1).

Abby has appeared as in the main role of  Bridget Jensen in the crime mystery drama "Home Before Dark" created by Dana Fox and Dara Resnik for Apple TV+.

The story revolves around the uncovering of an unsolved case in a small lakeside town by a young girl visiting from the city. 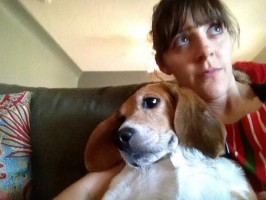 Abby Miller with her dog Pirate 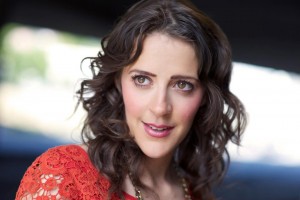 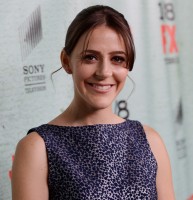 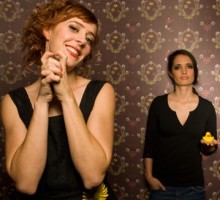