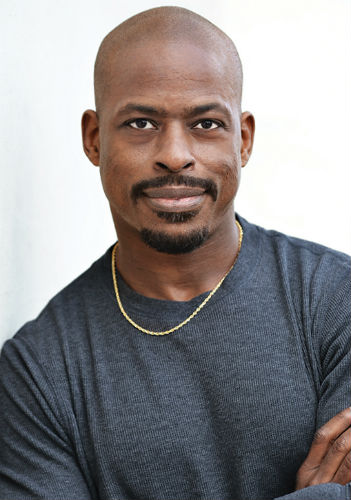 He is popular for his roles in the Drama Army Wives(2007)(as Roland Burton), in the comedy family drama This Is Us(2016-)(as Randall Pearson), Supernatural( as Gordon Walker), The People v O. J. Simpson: American Crime Story(2016) (as Christopher Darden).

Recently he has appeared in roles- Lio Oak in (Kipo and the Age of Wonderbeasts), Mark Serra in The Rhythm Section(2020)

Ryan & Sterling were born in the same public hospital, St. Louis, Missouri (They were born 3 months apart). However, they met each other in college when they were 18. They went to university together as well. The two bonded over drama classes and eventually started dating.

The couple separated when their lives went different ways, they met again in New York after 3 years, they had a long-distance relationship for a while and finally decided to settle down together. They got married in June 2007.

The two have worked together (either as co-stars or collaborators) in "Army Wives", "This Is Us", "Every Other Weekend"

He lives in Los Angeles, California with his wife and two sons.

Sterling Brown started acting in Plays when he was in Freshman year of High school where he acted in the play 'Joe Turner’s Come and Gone' (role of Herald Loomis) and then 'Godspell'. He later started performing at the theaters.

In the War Drama series 'Army Wives' aired on 'Lifetime', SKB played one of the main roles as Roland Burton, he appeared in 107 episodes (season 1-6 as main role, 7th as recurring)

SKB's wife Ryan also makes an appearance on the show.

For his role in 'The People v. O. J. Simpson', he won an Emmy Award, a Critics Choice Award and was nominated at many other Award events such as Golden Globes, SAG, Image Awards among others

Not only did he become the first African-American to win a SAG award as the Drama series lead actor, he also won Critics Choice Award, NAACP Image Award, and others.

In the 2018 Marvel movie Black Panther, SKB plays N'Jobu, the brother of T'Chaka and the father of Killmonger. 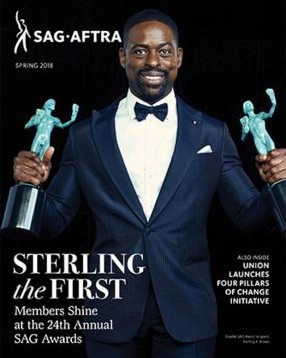 [Sterling K Brown on the cover page of SAG-AFTRA Magazine] 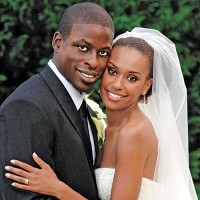 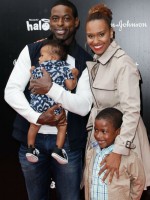 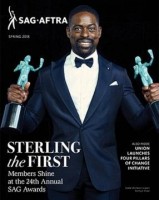 Sterling K Brown on the cover page of SAG-AFTRA Magazine